Kristjana Jessica Schroeder wants pet owners to be aware of mushroom toxicity and how it can quickly affect your furry friends. 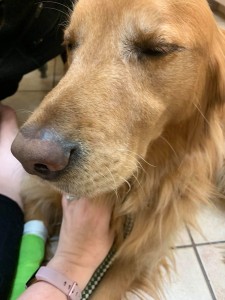 Her golden retriever was taken in to emergency for liver failure after eating a toxic mushroom in Middle Sackville during a hike. The effects of the mushrooms were quick and surprising.

The mushroom family is called amanita and grows freely throughout the province.  There are several species from this family. 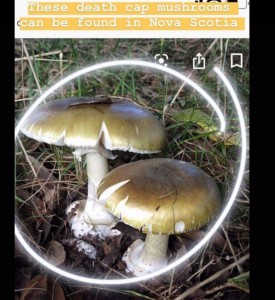 (This type were the species involved)

She wants inform animal owners that these grow in Nova Scotia. She had no idea that mushroom toxicity was a real risk to pets in the province.

“Please, pet owners need to be aware these mushrooms exist out here so they know to watch for pet ingestion.” 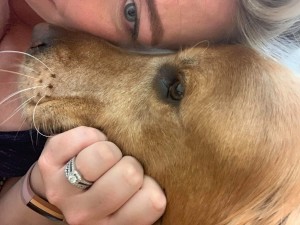 The animal hospital had two other cases when she took her friend in for treatment. They believe that there may have been a bloom lately. Sadly, Dougie passed away from the poisonous mushrooms.