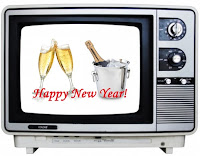 If there’s one thing I hate (I can’t fool you guys though, there are SO many things that I hate) it’s people who say ‘Oh, I never watch TV. I MUCH prefer reading.” Like the two are mutually exclusive. Guess what? I love to read! I read a lot! I like lots of different kinds of books! So here are some of my favorites from the past year:

1. Is Everyone Hanging Out Without Me? (And Other Concerns) by Mindy Kaling
2. Bossypants by Tina Fey
Consider these two books tied for first place. In many ways, these books are similar. They were written by women – very, very funny women. Funny women who appear on NBC comedies. Funny women who write. Funny women who were raised with hardworking, well-behaved, immigrant values. Funny women who have made it in show business without being classically beautiful, shockingly skanky or Manic Pixie Dream Girls.
But there are differences, and most of those differences come from the ages of the two women involved.
Tina Fey is 41 years old, married, a mother. Mindy Kaling is 32, unmarried with no children. Therefore, you get different things out of their books – and even though I could relate to Mindy Kaling’s book more, I found them both hilarious. Tina Fey cracked me up with stories from her childhood and from working on SNL and 30 Rock. She cracked me up with her poem “A Mother’s Prayer For Her Child”. Mindy Kaling cracked me up with her descriptions of female friendships, her discussions on dating a boy vs. a man, and her anecdotes about being a driven young woman trying to make it in the comedy business. You should really read both of these books. (Boys too! Not just for women! I wanted to make that clear.) 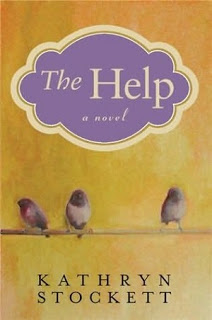 3. The Help by Kathryn Stockett
This book was published in 2009, but I read it in 2010. I know this because it was the first book I purchased on my Kindle, which I received for Christmas last year and have been in love with ever since. I was a fan of the movie and thought the actors did a good job bringing the characters, good and bad, to life. However, it still didn’t compare to how much I enjoyed the book – even when they’re well done movies can’t capture the depth of characters or layers of plot that a book can, and the movie came off more Lifetime made-for-TV movie than the book did. It was the kind of read that you just don’t want to put down. 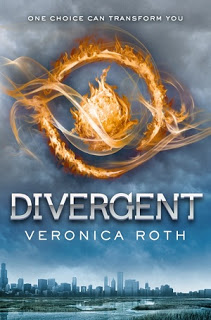 4. Divergent by Veronica Roth
A hole was left in my life last year when I finished reading The Hunger Games trilogy by Suzanne Collins. “But Jill,” you ask, “How can a hole be left by something that was only in your life for a short few weeks?” Well, to that I say: “Shut it.” I loved those books, and I’ve also been known to have a flair for the dramatic, OK? And thanks to my friend Allison, I found something almost as good.
Divergent takes place in a dystopian world where citizens have been divided into factions based on their personal strengths or values. At a certain age, teenagers choose to stay with their own factions or defect to another. This first book follows Beatrice, a young girl who chooses to leave the selflessness-based faction she was raised in to pursue a place in a faction based on overcoming fear. The book ends on a very exciting note, and I can’t wait to see where the series goes from here. 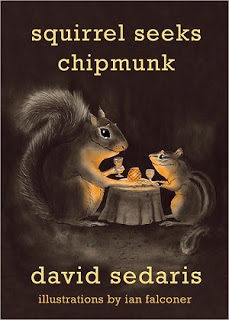 5. Squirrel Meets Chipmunk by David Sedaris
I’m a huge David Sedaris fan. I once wrote a blog post abouthow I met David Sedaris and he thought I was charming. I met him at a book signing, which was to promote Squirrel Meets Chipmunk – my sister and I both received them for Christmas last year, and in my sister’s book he wrote “Allison, your charming sister delighted me.” The way I reacted, you’d think he’d written “Allison, your sister Jill is the funniest and prettiest person I’ve ever met. Here’s my number, tell her to give me a call so we can go out for cocktails and swap stories about being neurotic.” (Again, admitted flair for the dramatic.)
Anyway, back to the book – Squirrel Meets Chipmunk was published in 2010 but since I read it after receiving it for Christmas, it’s on my 2011 list. It’s a breeze to read – you can get through it in an hour or two – and is a refreshing change of pace from typical novels. The stories are all classic Sedaris, but instead of starring himself the characters are animals. It’s quirky and fun, and while I don’t love it the way I love, say, Dress Your Family In Corduroy and Denim or Holidays On Ice, it’s a fantastic addition to my bookshelf – personalized message and all.