Home / Uncategorised / Favourite Friday: October 22 Edition – We are Blinged OUT! 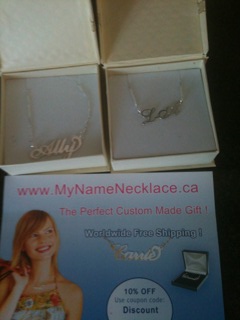 Favourite Friday: October 22 Edition – We are Blinged OUT!

Ally: This week has tested my patience unlike any other. While there are many benefits to being self-employed, throwing a one-year-old in the mix who is home sick from daycare has been challenging to say the least. Thank eff for my iPhone which provides at least five minutes of amusement. Also, the real land-line phone and the fake remote (we took the batteries out to preserve our sanity).

Anyway! The stress of the week was broken when the doorbell rang on Wednesday. I was wearing a shirt that had the following items on it:

My hair was in a messy top knot (that’s being kind) and I don’t think I had even washed my face. It was like I was back to having a newborn at home. The FedEx guy must have wanted to stab himself in the eye after he saw me. Oh, that was who was at the door. The FedEx guy. He was delivering THIS;

YES! Swag! L-A and I try to keep on top of our email at fashionablepeople at gmail dot com, but sometimes we get behind. I found an email in there a month ago asking us to try out these namesake necklaces, and in return we would have to write about them on the blog. It was a Friday night, and I had admittedly had a few glasses of Pinot Grigio, so I accepted the offer readily.

I have always wanted a Carrie necklace! Maybe I’m late to the party, but I still think my Ally necklace is AWESOME. I’ve been wearing it since I recieved it. Baby poo shirt and all. We’ll post more pics once L-A and I get together and share our fabulous necklaces in a hot photo shoot. Not like this.

Massive eyeroll. Look, I’m not against being sexy. As women, we all want to look good and have some fun in front of a camera. Can I ask for some originality though? For real, Lea?

You are a complete and utter tool.

Again, nothing against being sexy. As long as it comes with an ounce of creativity. Sitting “suggestively” (trust me, I edited this part, this was the nicest I could be) on a locker room bench has been played out. A lot. Just ask Tiger Woods.

(Editors note: In no way do we actually suggest that Tiger Woods has witnessed ladies in their underpants sitting on locker room benchs. We just feel strongly that he may have. A bunch of times. A day.)

Next up – why is everyone cutting their hair and making me want to chop mine off? Just when I had decided to grow it long. Nicole, what are you doing to me?

I’ve got to keep the scissors away this weekend. As you may have gathered by the previous comment about answering email after a few too many P.G.’s, Friday nights are “Fun with Wine Time” and I’ve been known to fancy myself a hair dresser after having a few.

Crappy Pop Video of the Week. I think this is fitting for me this week. The work/life balance has been challenging the past few days. BabyG and I took some time to dance to this the other afternoon after I traumatized him with the act of giving him his antibiotics. Nightmare.

L-A: I wrote something earlier, but it appears to have disappeared. And now it’s 2 a.m. and I need to go to bed instead of write.  The Reader’s Digest version of what I had to say: was not surprised these photos were taken by Terry Richardson. It’s so very him. Also, I’m neither shocked nor appalled by the photos. Just bored and disappointed that this was the most creative thing they could think of for selling Glee and GQ.

Yeah, I’m phoning it in, but I have a good excuse: I just saw Sloan play all of Twice Removed at Pop Explosion and it was a cornucopia of awesomeness.  That alone would have been good, but then they went and played songs from Smeared as the encore and my teenage self died of happiness when they played 500 Up.