L-A: Because it’s September, I’m going to get clever and call all our September posts “issues”. You’ll be pleased to note that this September issue jumps right into the content – no flipping through 200+ pages of ads here my friends! Although, let’s be honest, I like the ads. They’re sometimes better than the magazine. And sometimes, if it’s a good one, I even want my life to be that fall lookbook. But that’s going to be a post for another day.

Okay, so, favourite things this week!

It was their anniversary yesterday! I missed their wedding because I had already RSVPed to another wedding (favourite people should not all get married on the same weekend in different provinces). But hooray for them! As the traditional wedding present for a fourth anniversary is a Pretend Boyfriend, I presented Ally with this: 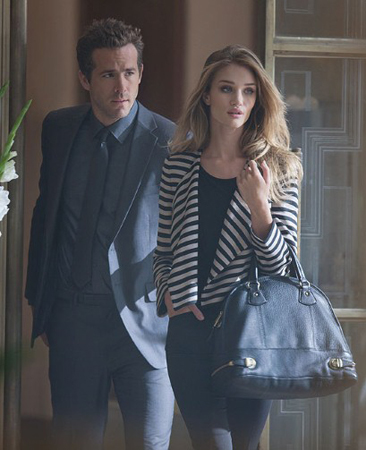 I feel like it’s a totally fair gift, because this Rosie Huntington-Whiteley kid isn’t hard on the eyes either. So, you’re welcome El Jeffe! (the non-traditional anniversary gift is to email your co-blogger and tell her to take the night off to get drunk with her husband. I’m kind of a good friend by getting Ally both gifts).

2. That Marks and Spencer outfit girlfriend is wearing

I only vaguely remember the existence of Marks and Spencer in Canada. It always struck me as place that sold odd British foodstuffs and linens. Not the home of cute striped jackets and oversized purses I can fill with books, 10 pens, sketchbooks, bus transfers and mangoes (this is literally what is in my purse right now).  (although, I can’t figure out if the purse is oversized or if she’s pint sized. Hard to say).

3. Anthony and I started an OC tumblr and I think it’s pretty awesome

Yeah, I’m kind of in love with our OC blog and the bi-coastal OC marathons we’re having these days. Motherly advice from Julie Cooper? Seth Cohen being all dreamboaty? Summer Roberts being all sassy? Marissa Cooper being all Marissa Coopery? And then us getting all Impact font and snarky? What is not to love? 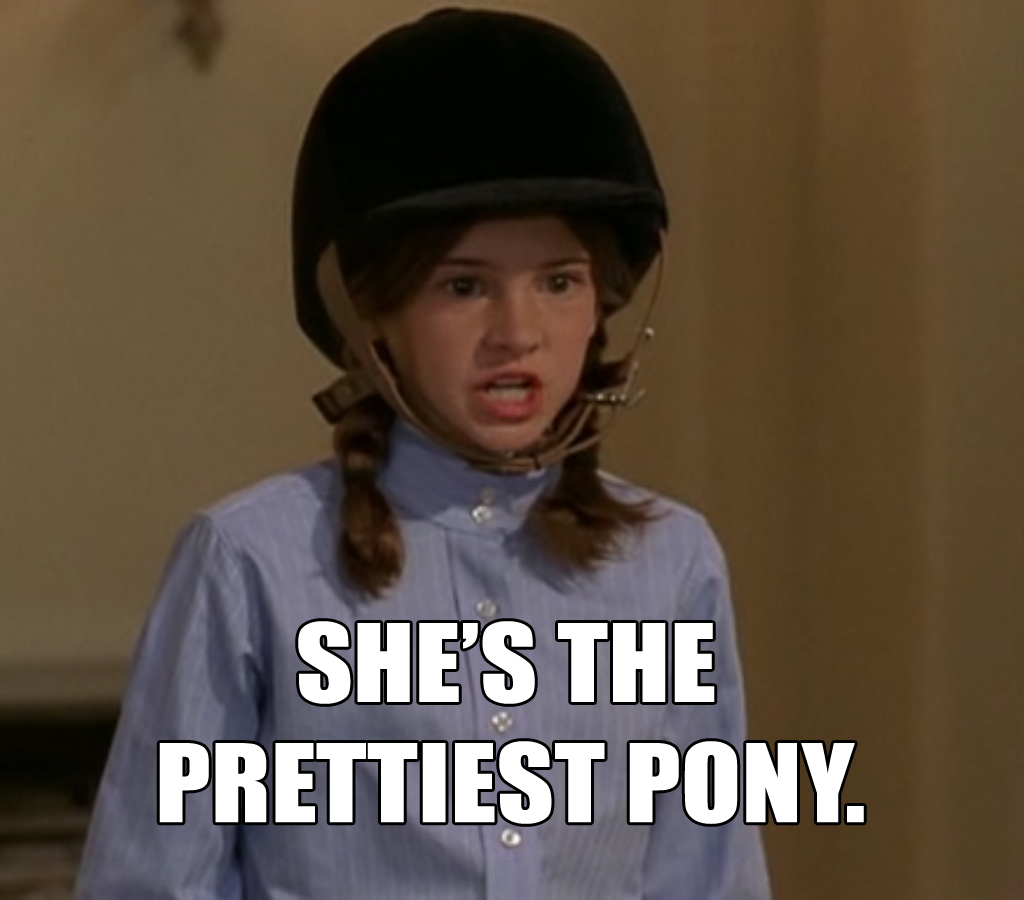 Poor Kaitlin Cooper. Pony gets alopecia, then is sold to pay off dad's debts and then she's shipped off to boarding school. It is a hard knock's life.

Watching the O.C. makes me think about California and how much I like it and that got me thinking about Joan Didion and how I need to read her stuff again. Like Some Dreamers of a Golden Dream. The first few paragraphs of that shit is frigging magical. It’s the kind of writing that sticks with you. I first read it in Journalism school ten years ago and I still remember the feeling.  If I could write only a quarter as well as Didion – heck, an eighth – I’d feel pretty damn proud of myself.

Also, Joan Didion might also be my new style icon. 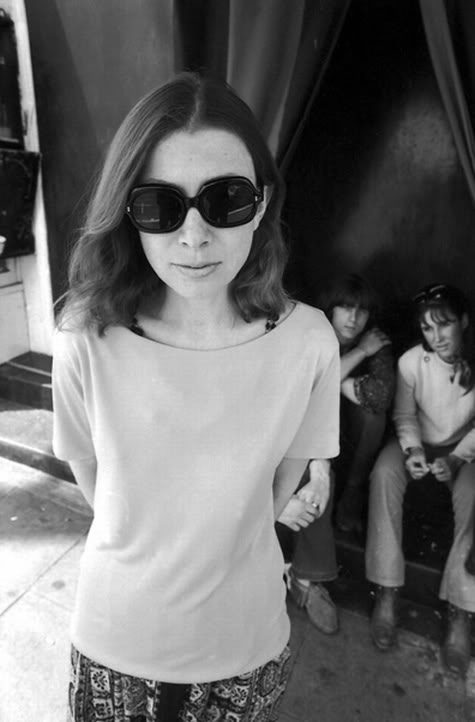 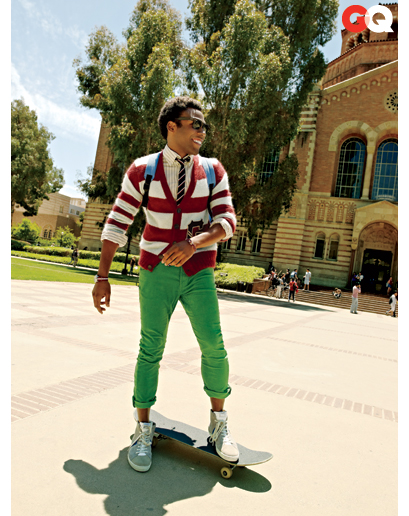 He’s not even my favourite dude on Community (which I love almost as much as I love Parks & Rec, and that’s a whole lot). I mean, he just falls behind in the face of Jeff and Abed and Annie. But still, I dig him and this nerdy preppy chic he’s working here. I know he’s totally styled by GQ, but it’s working and I like it. Dudes, take note of this look and copy it. I will give you the thumbs up on the bus on the way to work (but be careful, you can make this look too precious and probably too hipster).

6. Here’s your crappy pop video of the week (but it’s a bit too catchy to call it crappy):

As Anthony said when he posted this on his facebook: bitch is fierce. She don’t worry about them haters.

Okay, let’s get this long weekend started. Probably no post on Monday – it’s Labour Day. Which means no labour for us. I’ll be off touring the finest Big Stops New-Nouveau Brunswick has to offer.