L-A: Welcome back Friday! You really don’t know how much I like you. You’re almost better than a Saturday. I mean, I still have to go to work and all, but you’ve got something that Saturday doesn’t have: and that’s you come before Saturday! I know that I can have a nap after work and I can sleep in the next day! Saturday doesn’t have that going for it at all.

So, let’s talk hates and favourites.

I know, I know. Everyone is complaining about this. And I will totally get used to it. But right now, today, I’m annoyed. There’s a reason I had it set up for “top news” (and I use the word ‘news’ loosely). It’s because I don’t actually need to know that X is now friends with Y. Because I probably don’t know Y, so I don’t care that you know them enough to be Facebook friends. I also don’t want you to read in your ticker that I like that thing my friend said. I mean, if you like this new Facebook, cool. I just want to hide the stuff I don’t want. Is that too much to ask?

I love new TV season. Love. But I hate having to sift through the crap while I wait for them to cancel the crap. For example, Whitney. Fuck that show sucks and I’ve only seen previews and watched it for five minutes. Apparently it’s taped in front of a live studio audience. FYI: that’s not better than a canned laugh track. This is a show with writers who actually want you to think the following is funny: “I have a girlfriend so I can’t participate in any merriment.” Because all women in relationships are really awful to their partners. But we can’t help it. Men are from Mars! Women are from Venus! Fuck. I need to move on because I’m starting to swear a lot. (To be fair, Whitney isn’t the only crappy show on TV. It’s just the one that’s on while I’m writing. 2 Broke Girls was also disappointing, despite the Kat Dennings. And I’m pretty sure I’d hate Charlie’s Angels).

Okay! Let’s rebound fromSeeing as this was the Summer That Wasn’t, I’m totally ready to celebrate fall. At least it’s supposed to be kind of chilly. Anyway, celebrating fall means celebrating TV. I like TV a lot. I’ve argued before that a good TV show is better than a whole lot of movies out there. Like Friday Night Lights. Which totally won some Emmys. I was pretty excited about that.

Most of what I’m excited for is really cheesy and soapy, but what the hell, it’s damn enjoyable. Like the return of Sarah Michelle Gellar: she’s playing a recovering addict who’s taken over the life of her twin! who is dead! or maybe not! 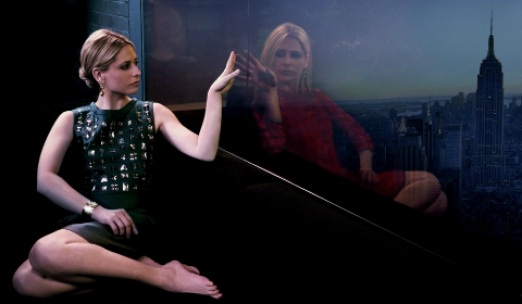 As Anthony pointed out, who doesn’t love a good Parent Trap scenario. Except with a Murder Trunk. Good times.

It also means the return of Community and Parks and Rec.

The return of Parks and Rec also introduced me to the next favourite. 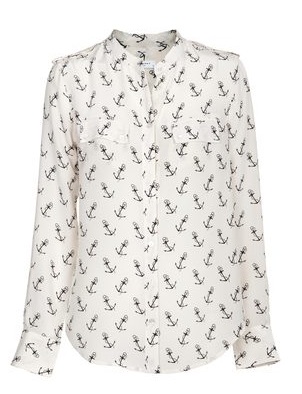 Hells yes! A blouse full of anchors! I totally want/need this, even if it does cost 300 euros. Which probably equals roughly most of my rent. I kind of suck at economics, but if the Greek economy completely goes arse up, do we think that will devalue the euro enough that 298 euros will roughly equal $60 CDN? Because that’d be awesome for my online shopping plans. 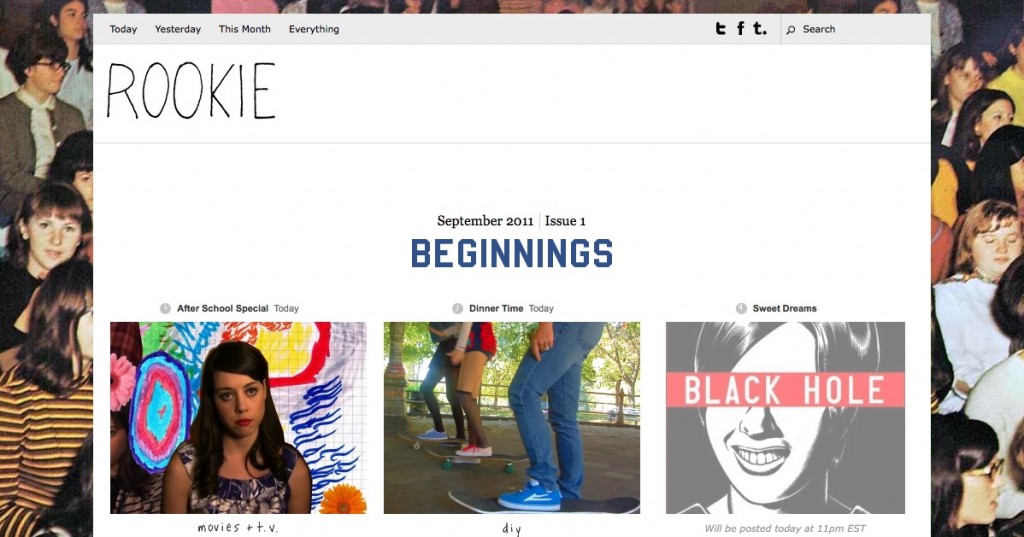 Okay, I’m torn here. I’ve got a love/hate on Tavi and her empire. I think I’m mostly just jealous. Jealous that I’m not involved in something awesome and Sassy-esque online. And that I wasn’t doing shit when I was 15 beyond camping and French club. It’ll annoy me, but if sassy teenage girls are liking it, then it’s a good thing. 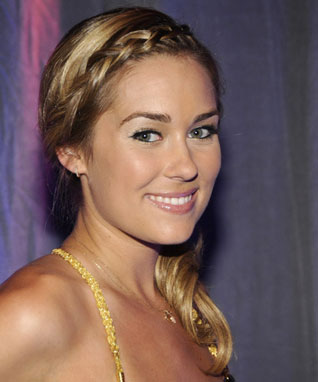 I’d say i’ve been rocking this, but it’s less rocking and more lazy and needing a hair cut. Or the weather is misty and making my hair crazy flat and awful. I’m not very good at these braids and I still have to have my bangs, but you do what you’ve got to do.

I really don’t feel like i need to explain why this is a favourite.

If only it didn’t have that skeevy Terry Richardson in it! Can’t he just focus on being a talented photographer and less of a skeev?

Anyway, if you haven’t got plans for tomorrow, Yelp and one of our favourite people are having an event called Yelp Eats for Hunger. You bring non-perishables and you get deals on food at really awesome restaurants. Feed NS wins. You win. Win/win! Good times.

Ally: I’m late posting, writing this bright and early Friday morning. I couldn’t bring myself to face a computer last night. It’s been the season of insomnia the last three weeks. I’ve been averaging three to four hours a night. Waking up each night at 2am or 3am. I can’t begin to tell you how awesome this is for my brain and my overall appearance! This sob story brings me to my favourite for the week. Our Compliments brand, “Sleep Aid” (Extra Strength!). I’ve searched desperately for a whole 40 seconds for a photo but cannot find one. Therefore I will show you what this beauty drug does for me: 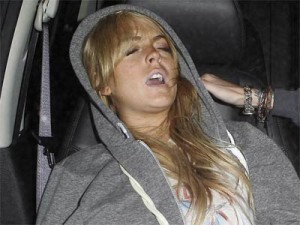 I also managed to squeeze in some shopping this week. For the last four winters I’ve been wearing the same Franco Sarto boots. I love them so much that I bought a pair in black and brown. It’s time for them to depart my home for less green pastures.

Obviously, I went to John David (I adore their sales people btw) to check out their selection. Ten minutes later I was walking out with a pair of France Mode stretch boots: 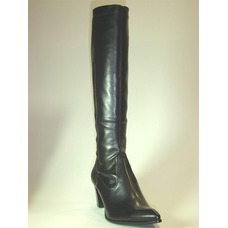 Look, they’re not the sexiest game in town. I get that. But we all know that I can barely manage to get through winter in anything other than leggings and a tunic. I hate that bitch of a season. These are functional, attractive and work the leg. Plus! I can wear them with my skinny jeans. Speaking of I think I need to go back to Garage and pick up a grey pair (yes, here is where barf bucket meets L-A’s face). They were an investment, for sure. So much so that I removed the price tag from the box and tossed the receipt. Considering my last boots lasted four years, I think it was worth it. I had never heard of this line before, but John David Salesman Guy (who again, I adored) told me that they were all the rage in Paris, so c’mon.

Also, I’m excited to see a new fashion blog pop up on the scene. Written by my dear friend Becky (she was my “rookie” during our soccer days at University King’s College…now that she’s all growed up, she may prefer “Rebecca”), it’s called The Shoe Scientist. She’s hilarious, put it on your fave list for sure.

What is not a favourite this week is my inability to paste (I don’t know the techy word…insert? Embed? whatever) videos into this effing blog. L-A and her husband have had to clean up my video links for the last month. I know they really enjoy that. So, perhaps they will take mercy on me once again. If not, I ask you to go the extra mile and click on this link for my Crappy Pop Video of the Week.  Yes, it’s country, but at least it’s not “Country Girl Shake it for Me”. Plus it has hipsters for L-A! She loves hipsters!! 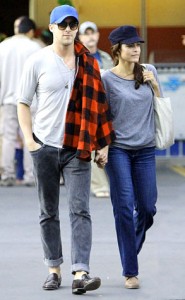 I’m curious as to whether his new relationship is enough to place Eva Mendes under the Celebrities L-A Irrationally Hates list.

p.s. what the eff is that song? And can I just point out the video totally rips off Anne of Green Gables?