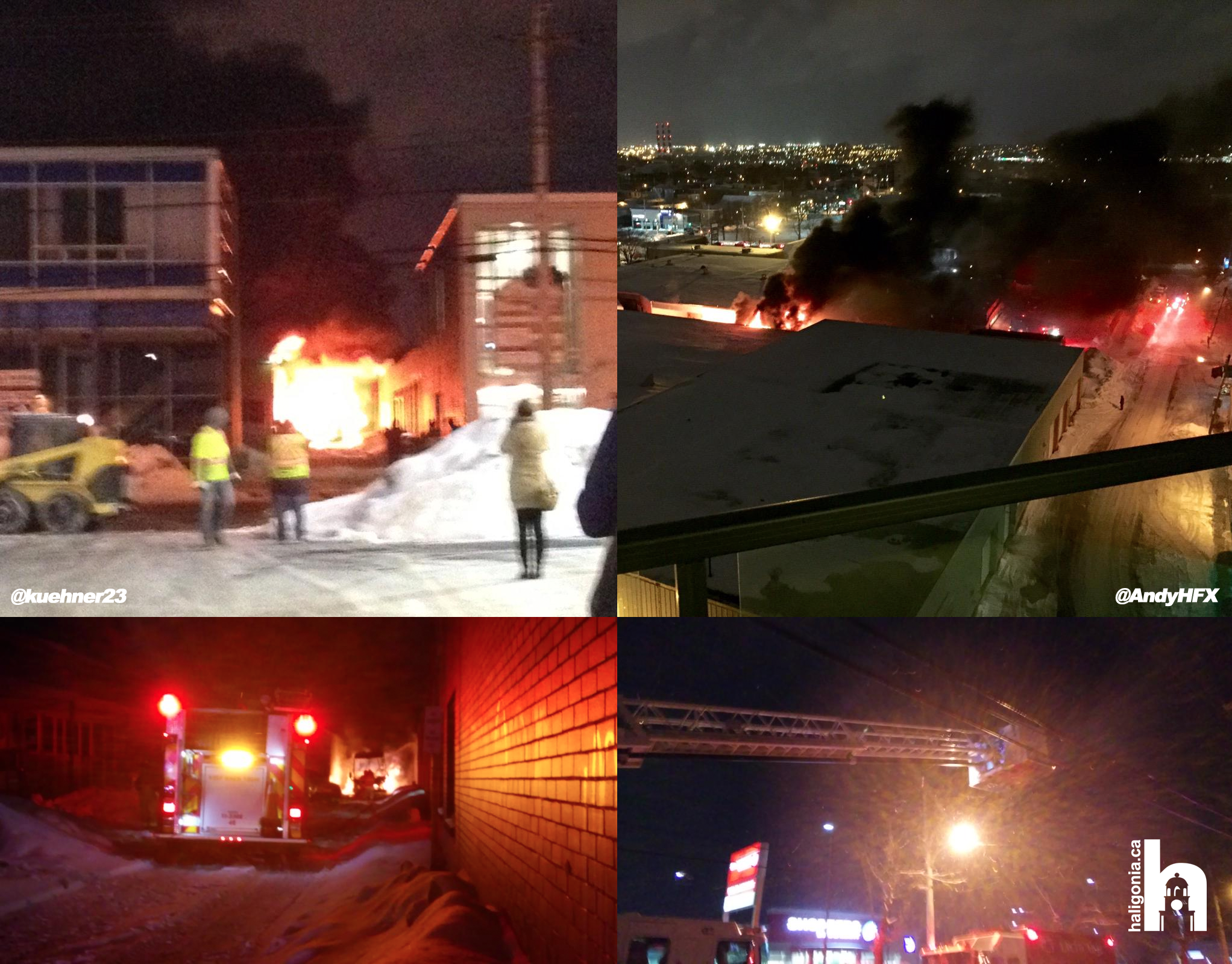 The bus, owned by Ambassatours, was fully engulfed when crews arrived on scene and was quickly extingished.  The vehicle was between two buildings, causing some tense moments as the blaze encompassed the entire alleyway.