if you like HalifaxShippingNews.ca, consider becoming a member. 2$ a month really helps cover costs, and in return you get the site Ad Free.  For latest port conditions, Including Weather,Wind, Tides, Arrivals and Departures be sure to visit the Port Report (Members get the information in realtime, not every 2 hours) 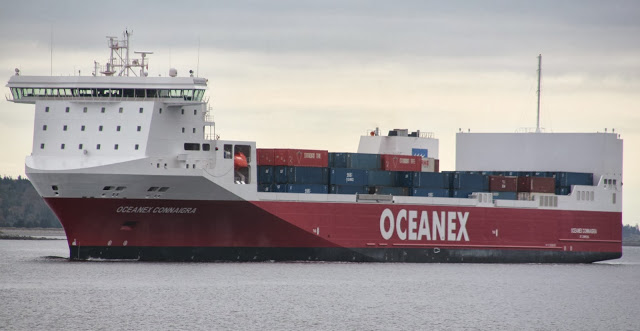 In the early morning hours of August 16th, the Oceanex Connaigra bound for Montreal from St. Johns Newfoundland suffered a fire in her cargo hold. She docked in Trois Riveres Quebec, where the local fire department extinguished the fire, and the ship continued on later that morning. Oceanex Tweeted that “a fire was reported on a piece of equipment being carried onboard Oceanex Connaigra . It has been extinguished and confirmed there are no injuries.” and that “there is no damage to the vessel or its cargo.” Oceanex Connaigra is the Newest vessel in Oceanex’s fleet of ships, she runs a weekly service between St. Johns and Montreal with Oceanex Avalon. She was built in Germany, and entered service in October 2013.

2. Laker to the East Coast.
Canada steamship lines’ trillium class laker Thunder bay is doing an east coast run. She sailed from Thunder Bay on Lake Superior to Sydney N.S., before moving through the locks at canso to load rock, for Charlottetown PEI. Built in China, and intended for inland waters, the trillium class lakers crossed the ocean with extra reinforcing to deal with ocean swell. This trip is notable as it’s the first coastal trip for this class of ship since they entered the lakes

3. Saudies and grain
the current diplomatic spat with the saudis may cause problems for G3 (Global Grain Growers), which is what the Canadian Wheat Board became after privatization in 2012. the Ownership is G3 is 49.9% with Canadian Farmers, and the 50.1 held by a Joint Venture with Bunge Canada and SALIC – the Saudi Agricultural and livestock investment company. originally the joint venture was a 50/50 split, but SALIC bought half of Bunge’s share, and now controls 37% of g3. G3 controls a number of terminals, and owns one bulk carrier G3 Marquis  operated by Algoma.

4. Dutch Runner Sails
former Halifax regular Dutch Runner has sailed for the Caribbean, for a shipyard in the Dominican Republic. The ship has been idle, since the contract for the Saint Pierre Run went to Fusion, and then Nolhanava. 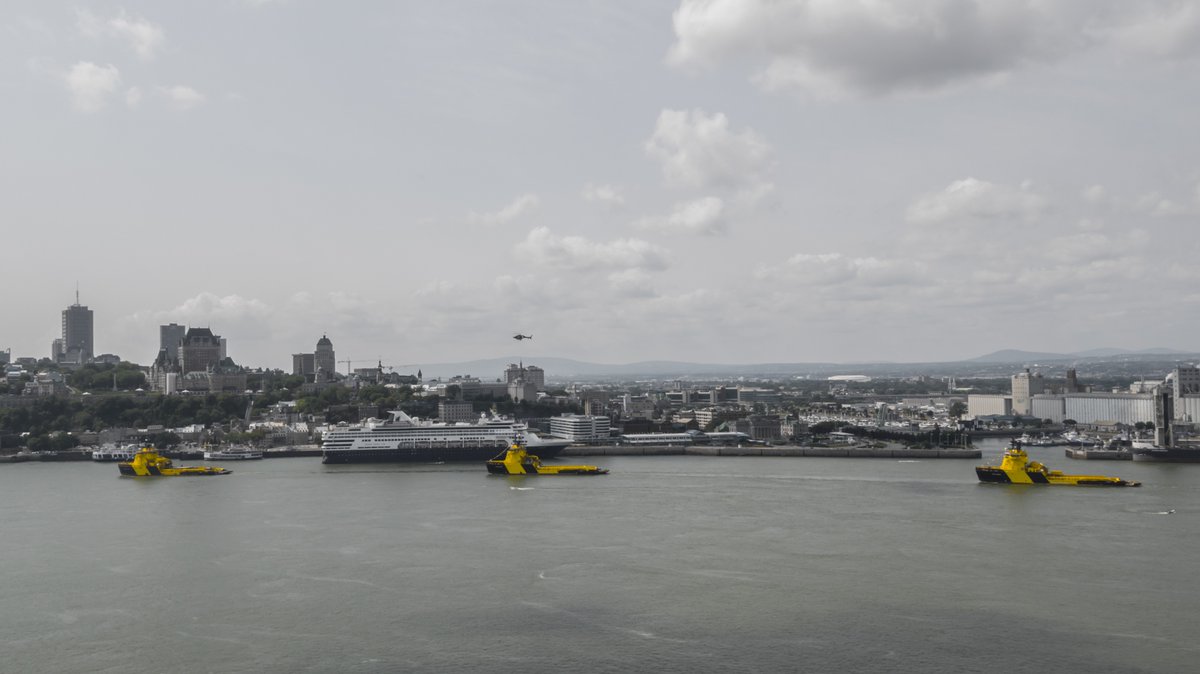 the 3 AHST’s purchased by Davie for conversion for the Coast Guard arrived in Quebec Monday. 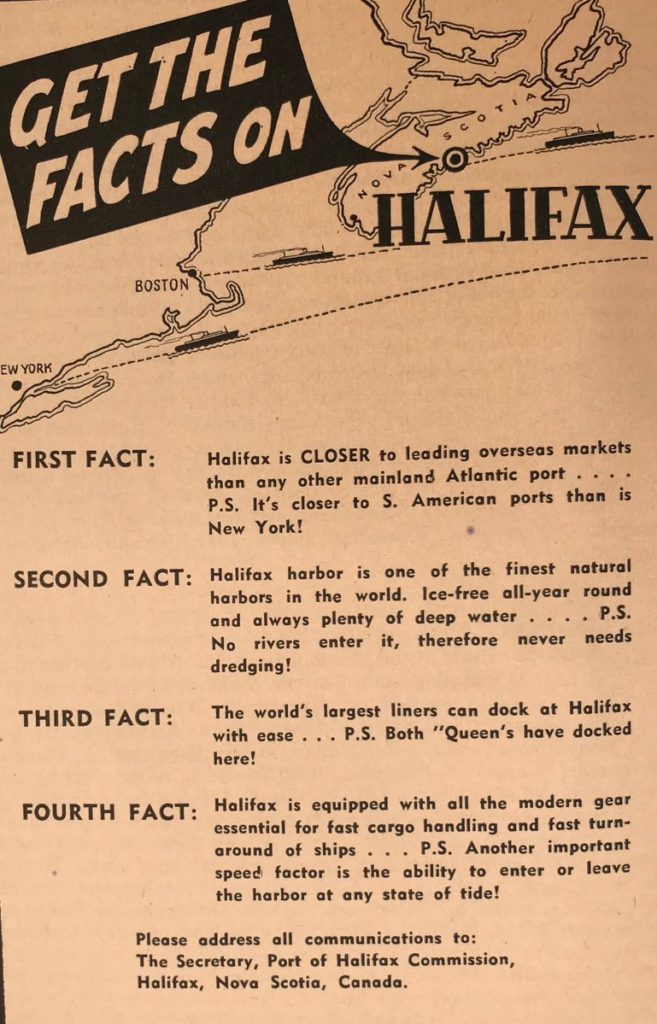 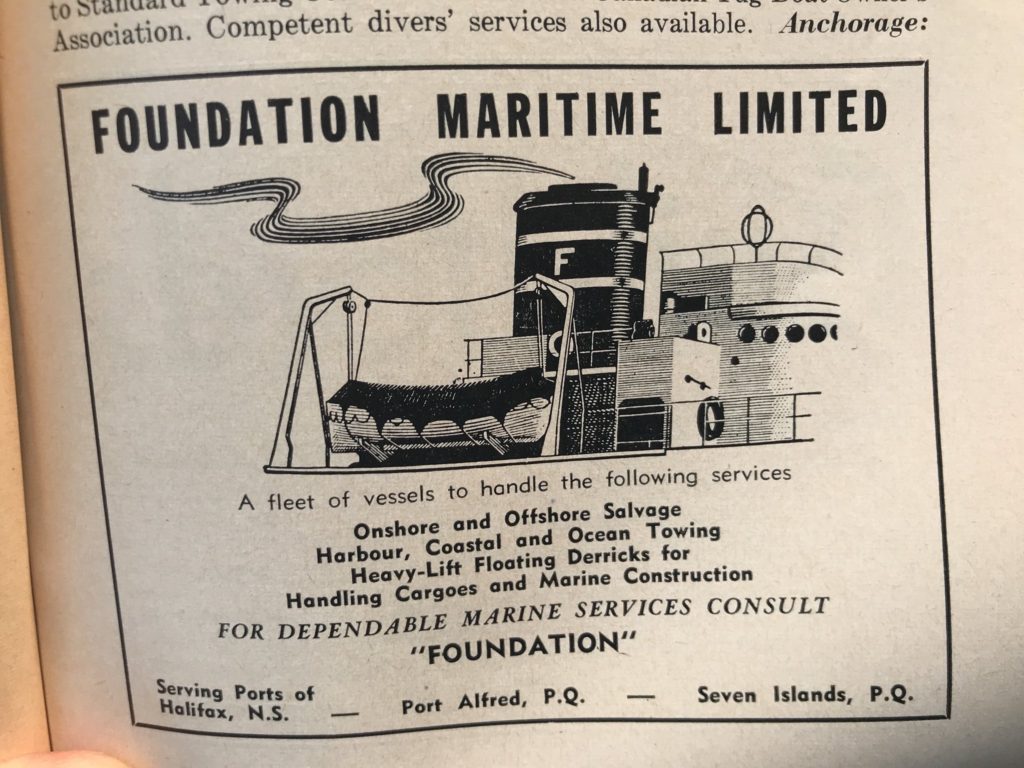 The latest ping from @HiltonTheShark is almost the farthest north we’ve ever tracked him. He’s nearly to Halifax pic.twitter.com/6ncTmnPRn4

AUgust 28, 1942 – HMCS Oakville sank U-94 in the Caribbean. Her quick thinking crew boarded it before it sank and snagged vital documents. The Movie U-571 gave credit to the Americans.

August 24, 1990 – Canadian Warships Terra Nova, Athabaskan and Preserver depart for the (first) Gulf war. Terra Nova was hastily fitted with gear meant for the then under construction CPF’s.

August 23, 1750 – The ship Alderney arrives at Halifax with 370 volunteer settlers, who would go on to settle and found East Halifax (Dartmouth)

August 22,1944 -the Canadian Crewed escort carrier HMS NABOB torpedoed by U354, in Barents Sea, killing 21. Effective damage control saved the ship and she arrived at Scapa Flow under her own power.