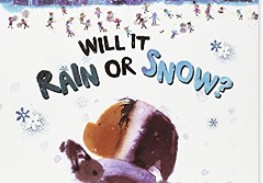 The first storm of the season is arriving during a busy travel, shopping, and social period this weekend.  Rain is spreading along the Atlantic coast of Nova Scotia this morning (Saturday).  As it spreads northward it will begin changing to snow over higher ground in Nova Scotia, then Prince Edward Island, and New Brunswick.  The worst conditions will be in the evening and overnight with snow through much of New Brunswick and parts of Northern Nova Scotia and Prince Edward Island. 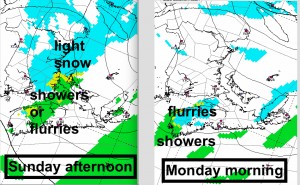 Temperatures will remain close to zero in the gusty east to northeast winds as the precipitation spreads across the Maritimes.  Rain may change to wet snow with little notice moving inland, north or over higher ground. Inland parts of southern New Brunswick are likely to accumulate of up to 20cm of snow.  However, 10 cm may fall in parts of Northern Nova Scotia before the northeast winds diminish and shift to the southwest, and the snow changes to rain.  Looks like there will be quite a bit of variability in Prince Edward Island, with Prince County at most risk of heavy snowfalls. 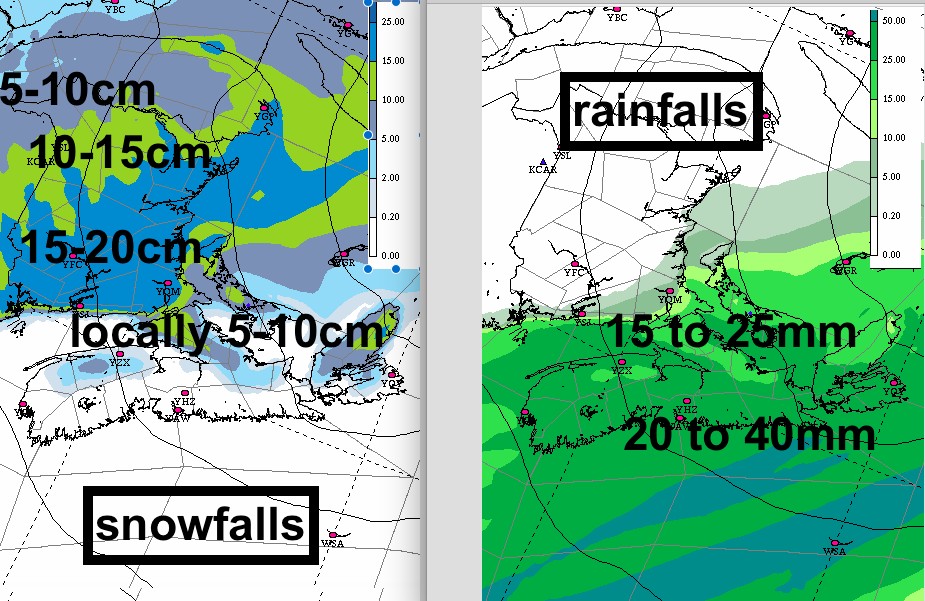 Rainfalls will heaviest along the Atlantic coast of Nova Scotia with up to 40mm expected.

Environment Canada has issued a Special Weather Statement for Nova Scotia, eastern parts of Prince Edward Island. and northwest New Brunswick affected to a lesser degree by the system. Snowfall warnings are in place for Prince County of PEI and most of New Brunswick.

The next system Tuesday and Tuesday night may have similar impact…