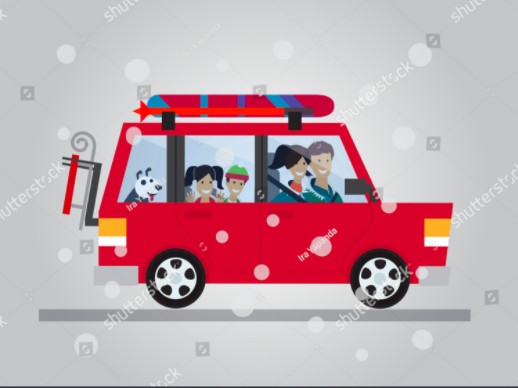 There are a fair number of folks that ask me for a travel outlook.  Decided there may be some value in sharing a post on that topic.

This is a busy time of year; travellers should try and be patient… flights are sometimes delayed, and roads can be slippery.  This post is intended to give you an idea where and when some issues might develop, to assist in your planning.

There is a chilly west wind today.  Winds off the Bay of Fundy are generating some snow over southwest NS across parts of the valley into central Nova Scotia (see radar pic).  There are also some flurries in Inverness county and plenty of snow from the strong winds in western Newfoundland.

Tonight and early on Saturday a system is passing south of Nova Scotia and Newfoundland.  Only a few cm of snow for Nova Scotia with this system, however, a snowstorm is likely on the Avalon Peninsula in Newfoundland.

On Saturday night, the winds will shift to brisk out of the northwest generating onshore flurries in parts of eastern NS, PEI, Cape Breton, and western Newfoundland.  There may some blowing snow and snow covered roads in these areas that will persist into Sunday.

On Monday conditions will be fine over much of Atlantic Canada there will be light snow over the Ottawa-Montreal area as well as parts of northern New England.  This light snow will move into the Maritimes Monday night and persist as showers or flurries Tuesday.

Another system will move from the St.Lawrence valley into northern New Brunswick later Tuesday.  Some of the northern parts of New Brunswick, and perhaps PEI and Cape Breton may have accumulating snow later Tuesday.  Behind this system, Wednesday and Thursday will be back to a cold northwest flow with onshore snow squalls returning.

It looks like a major storm will pass north of the Maritimes Friday or Saturday… snow changing to rain?  The rain may ruin the chances of a White Christmas over the southern Maritimes. Back to a cold westerly flow on Christmas behind this system.

This is just an outlook…. the weather will change and stay updated to Environment Canada’s forecasts and warnings (and my tweets