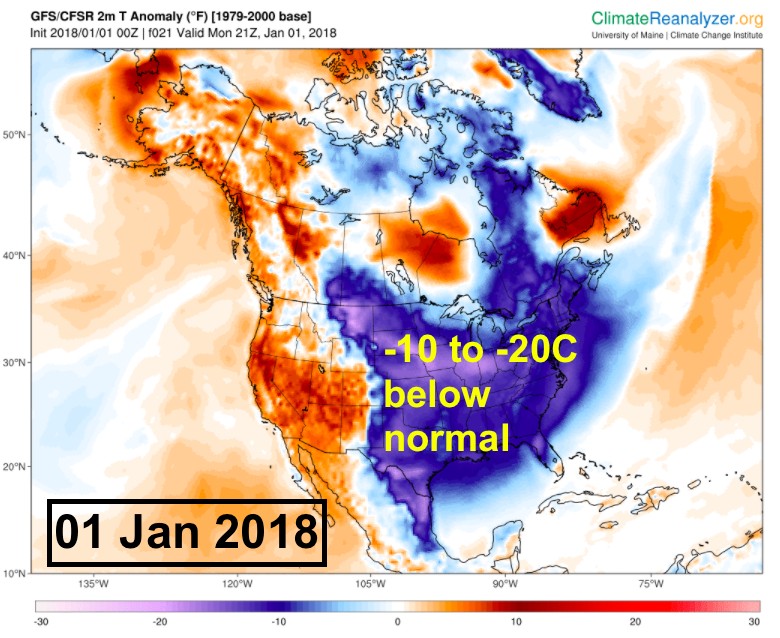 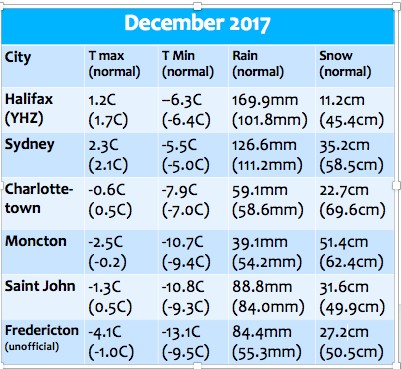 In spite of the early arrival of what has become known as the “Polar Vortex”, 2017 was generally a warmer than normal year in much of Canada.  Certainly the late summer and Fall was amazing. 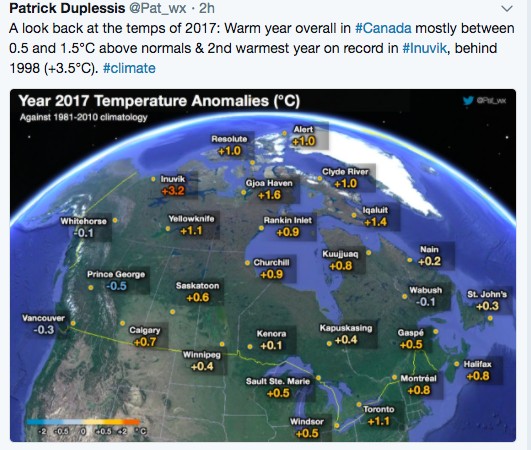 As we move into 2018, models are suggesting that this colder than normal pattern will persist over much of eastern North America.  This persistent cold pattern (“Polar Vortex”) that has been appearing over the last number of winters, is being attributed to the dramatic reduction in sea ice in the Arctic.  As we start 2018, there is about one million square km less ice cover than normal.  Further background. 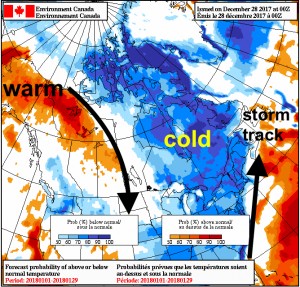 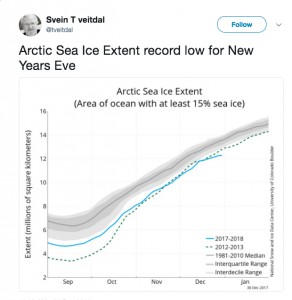 It appears likely we will be facing another major storm for the first week of 2018.  The weather models have been consistent of developing a powerful and fast moving storm that will cross the Maritimes on Thursday-Friday with very strong winds and heavy precipitation.

It is too early to forecast the details… I have shared two model forecasts for snowfall that suggest the potential for very heavy snowfalls away from the Atlantic Coast.

Perhaps more disturbing is the potential for damaging winds that may result in extensive power outages and coastal storm surges.  A sample model output shows the potential strength of this storm, with the threat of wind gusts in excess of 100km/h (purple colours).

Environment Canada has already issued a Special Weather Statement to advise the public on the threat associated with this storm.  Keep yourself updated on the forecasts and warnings… and I’ll be tweeting daily with updates on this storm.