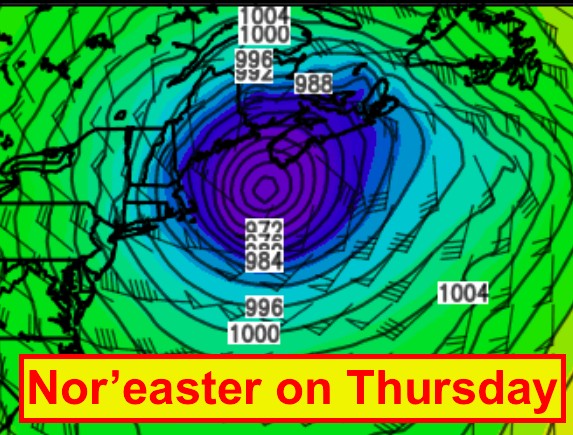 The strength of the storm forecast to develop over the ocean to our southwest on Thursday is powerful enough to justify more details.  Although a winter storm, the size and strength of this storm in some ways has more energy than some hurricanes.   Therefore, some of the wind and storm surge threats are significant and hazardous.

Snow will spread across the Maritimes Thursday morning.  The snow will become mixed or chance to ice pellets and rain quite quickly over southwestern parts of the Atlantic and Fundy coasts, then later in the afternoon and evening in other parts of the southern Maritimes.  The rain will chancge back to snow early Friday morning then to flurries later in the morning. 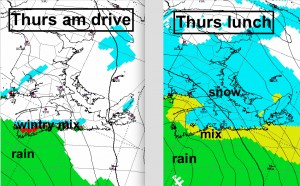 This makes snowfall forecasts quite tricky for Saint John and Halifax, where the downtown areas may get much less snow and much more rain than inland.  The highest snowfalls can be expected in New Brunswick with up to 40cm likely.  Elsewhere amounts will be variable… with 15 to 25 cm likely in Prince Edward Island and possible in inland areas of Nova Scotia.  Up to 50mm of rainfall may occur over southwestern parts of Atlantic coastal Nova Scotia and 40mm along parts of the Fundy coast in New Brunswick. 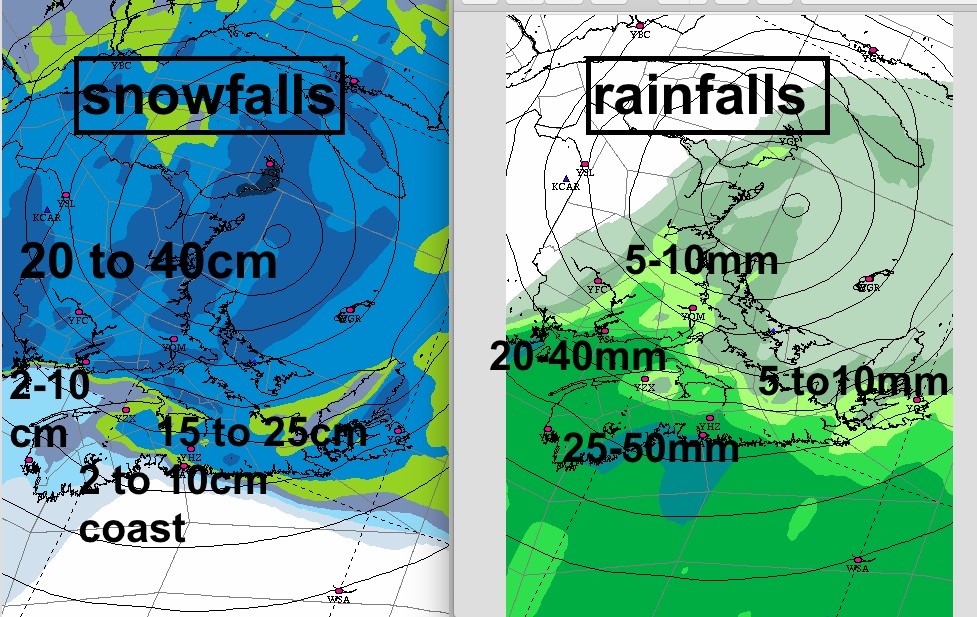 While folks normally worry about the snowfall amounts with winter storms, this storm may be remembered for it’s strong winds.  There is the threat of very strom easterly winds ahead of the storm then equally if not stronger southwest winds in the wake of the system.  The threat is widespread for winds gusting well over 100km/h, especially over exposed coastal communities.  These winds will be dangerous and cause extensive power outages that may last for a number of days in some communities.   Everyone should have in their mind what is needed if power is out for several days: cash, gas, food, water etc. 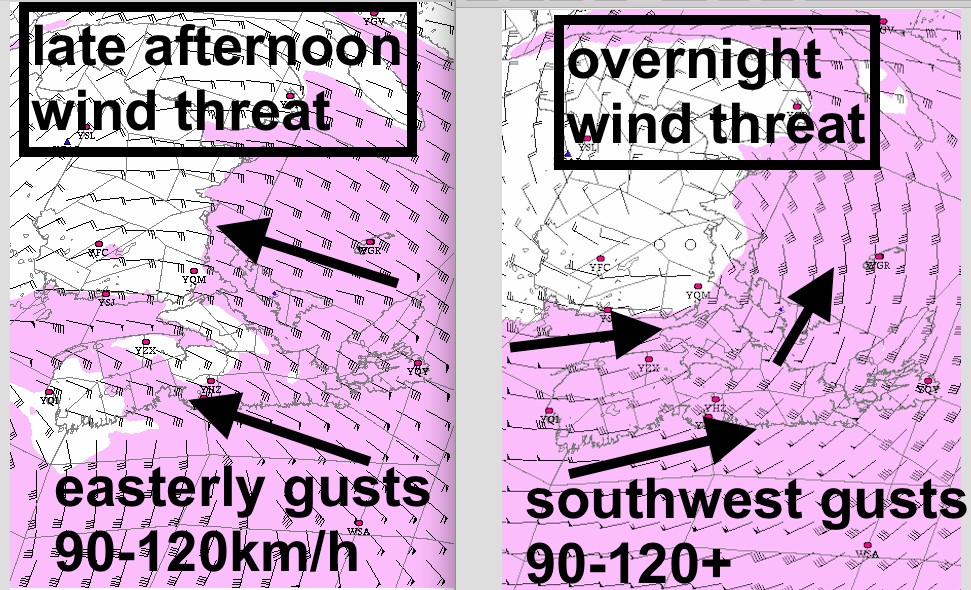 The low pressure and strong winds will result in higher than normal water levels due to storm surges with high waves.  Coastal flooding is therefore a threat, especially over southwestern Atlantic coast of Nova Scotia and the PEI & New Brunswick coasts of the Gulf of St. Lawrence.  Check your tide tables to check if high tide lines up with the strongest winds. 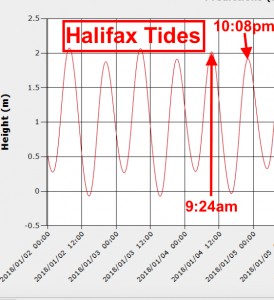 Environment Canada has issued Winter Storm Warnings for much of New Brunswick and for PEI for the combination of all the threats discussed.  Wind and Storm surge warnings are in place where there will be less snow in southwest Nova Scotia.