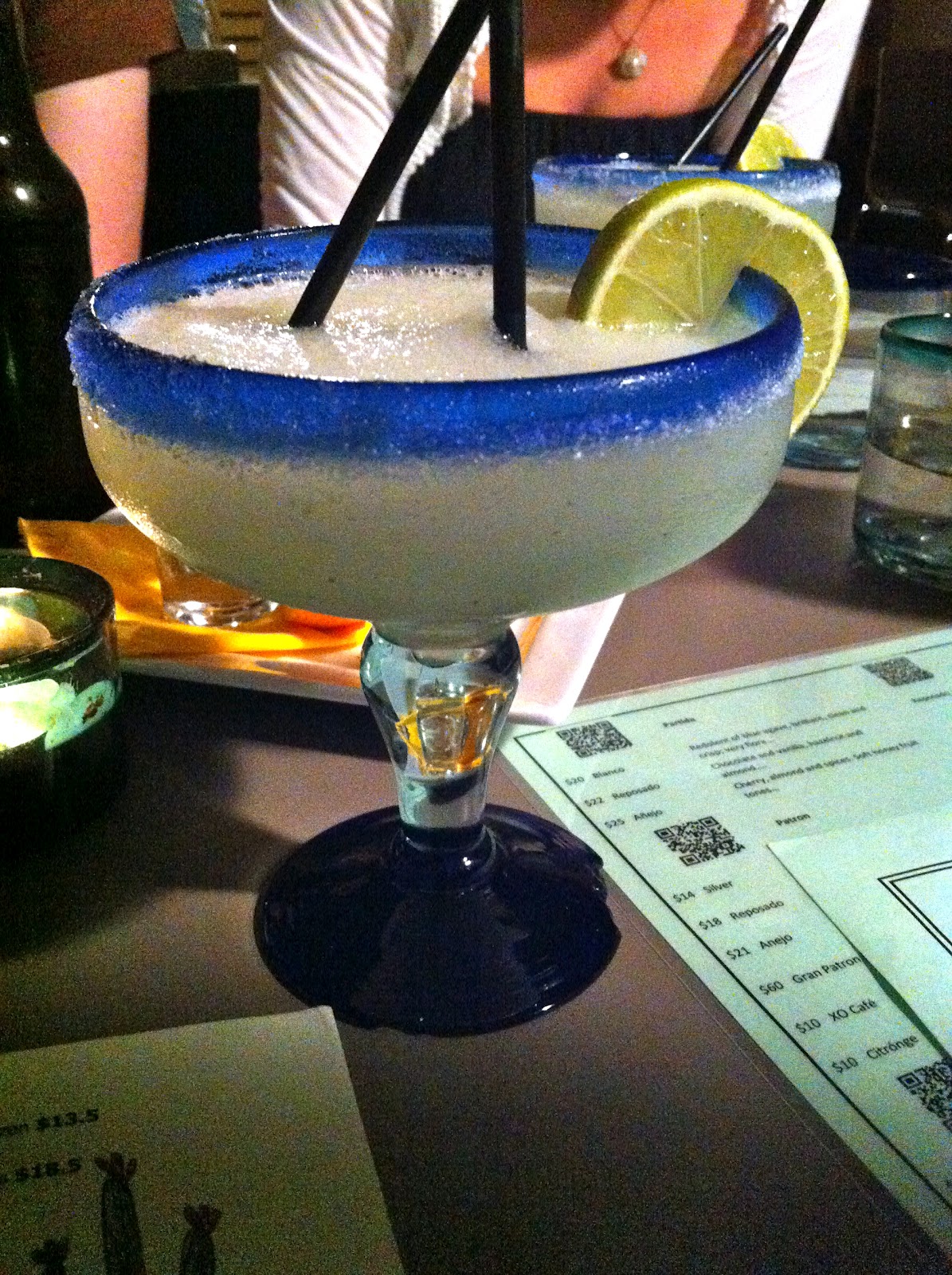 Share
On one of the ‘hotter’ days in September, I arrived home to my housemate’s news that: “We’re going to The Flying Fajita Sisters for dinner.  You have 20 minutes to get ready.”  Having trekked around the ‘hood in the heat all day, I felt less than stellar, but with the thought of an icy cold, salty Margarita in my future, I pulled myself together…quickly.

We met three of our pals for dinner at 7:30 and were seated at a little table in the garden.  The bonus about restos on GPR is the fact that many of them have an outdoor dining area hidden away in the back.  Most of us ordered a Margarita to start – mine being the classic; lime flavoured with a nice, salty rim.  I ordered it frozen as it goes down slightly less quickly that way. 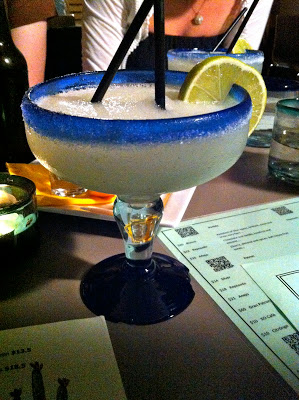 And…”when in Mexico”…we also ordered some shots of tequila.  Giving our sever a relative budget and saying “No way(!) to Jose”, we asked that she excite our palate with something a little more exotic that the typical shots you’d get at a bar.  What she brought out was heavenly and we ended up with another round later in the night.  The tequila itself was sweet and luscious. With a honeyed texture and beautiful orange blossom notes, the shots were topped with a slice of orange dusted in a layer of cinnamon which brought out the liquid’s sweet and slightly spicy notes. 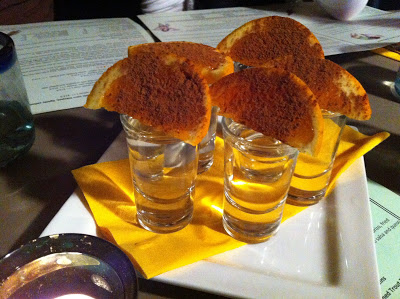 My housemate ordered one of the daily specials: fish tacos.  Though the tacos featured grilled sea bass, the resto had run out and offered red snapper as an alternative. Served with a wedge of lime, citrus served to elevate the fish’s flavour and add a nice zing to the dish.  Tender, flaky fish; chunky salsa; creamy guacamole; rich crema, and robust corn salsa were all on offer to be packaged up within the warm, soft flour tortillas. 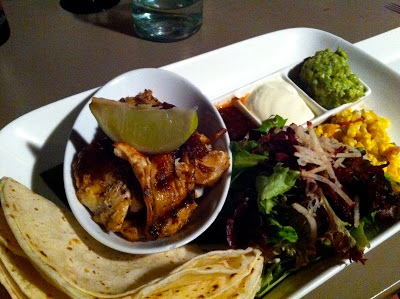 I wasn’t ravenous when we arrived so I ordered something small.  I’m always a sucker for specials because I know that they’ll only be available for a limited time.  I decided on one of the other options listed that evening; taquitos filled with potato and chorizo sausage, topped with salsa verde, queso freso and served with a marinated tomato salad.  It was a great little meal: the crispy shell was wrapped around soft potato and spicy sausage; the salsa verde and crumbed cheese added a richness to the dish while the marinated tomato salad provided a touch of sweetness – and a great textural contrast as well. 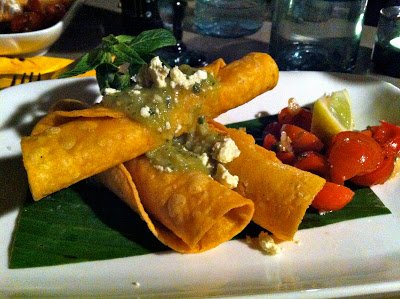 I will definitely be a repeat customer here.  The quality of the food was fantastic, the margaritas were ‘just right’ and the presentation was really nice for Mexican food – which can admittedly be a little sloppy.  Great service topped off the night.  Once we were all sorted, we headed down the street to The Little Guy – also on GPR, one of Sydney’s ‘small bars’, and a laid-back spot that’s perfect for a weeknight drink or a Sunday session.