After missing out on November’s Food & Wine cover recipe, I’m back to tackle December’s Spiced Leg of Lamb with Olives, Apricots and Lemons with Jasmine of Cook That Book. And what a time to be back! I love (adore, crave, lust after) lamb. Truly.

If lamb is on the menu in a restaurant, I almost always order it, because it’s a meat I never cook in my own kitchen and therefore seems rather elusive to me. A couple of years ago, while volunteering, I looked on as a fellow volunteer effortless threw together a leg of lamb for dinner guests that evening. She gave it a rub, stuck some garlic and rosemary into cuts in the meat, and slid it in the oven like she was a seasoned pro. I peppered her with questions for days afterward and took notes on her answers, which I’m fairly certain confused her, because there was nothing overly complicated about what she did. But she did it so confidently! I guess I’ve always been intimidated by cooking such a massive piece of meat, as surely there has to be a science to it. And, of course, there is, but thankfully (at a basic level) it’s more about owning a good meat thermometer and having a good recipe.

Spiced Leg of Lamb with Olives, Apricots and Lemons

4.5 out of 5: A nearly fool-proof recipe with fabulous results.

Lamb can really go wrong, as we all know, and it often gets a bad rap by people who have only eaten poor quality lamb or mutton. I’m sure we’ve all heard lamb’s flavour described as ‘eating a wool sweater’ or that the meat was too tough and fragrant (in all the wrong ways). It’s for these reasons it’s incredibly important that you have a good quality cut of lamb – and not mutton, which is much more of an acquired taste! – and that it’s prepared and cooked the right way.

Attempting to get over my lamb hurdles, I even went to an inspiring cooking class with Chef Renee Lavallee last summer where I learned the ins and outs of several lamb-based dishes,  but I still hadn’t ventured out to make anything with lamb. Until last week, that is, when I faced all my lamb-y fears and got on with the cover recipe challenge. It was exciting! I like being backed into a corner sometimes; at least when it comes to food!

I was also really excited to add a new ingredient to both my cupboard and my palate: Harissa. It’s a North African (Tunisian, specifically) chilli paste featuring piri piri chillies, serrano peppers, garlic, coriander, caraway and chilli powder. I do love a good, flavourful burn, and I certainly found one in this Harissa! It was to be rubbed over the lamb along with salt, while garlic cloves were inserted into cuts in the meat and the leg was topped with sprigs of fresh thyme. Delicious. 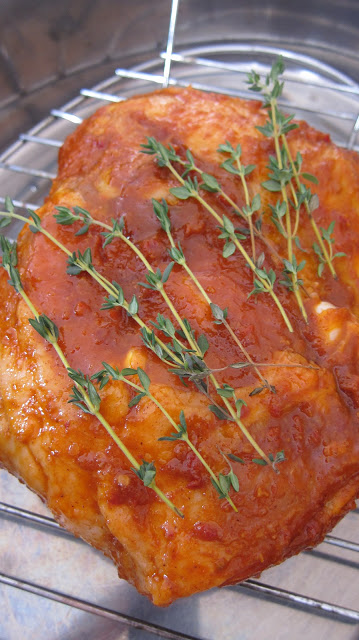 Once marinated and having undergone an initial roast, cured lemon slices, black olives, and dried apricots were added to the roasting pan for the final 30 minutes of cooking time, then served over top. As a side, I made some steamed rice, and then fried it with some cumin, coriander, curry powder, all spice, chopped peanuts and a few of the extra roasted apricots and olives.

Certainly a refreshing twist on a roasted leg of lamb! 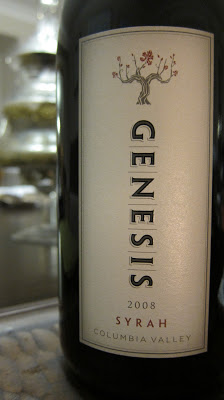 F. was finally home for this cover recipe test, having missed the previous ones, and this meal wound up serving as one of the two birthday dinners I cooked for him last week!

The recipe called for an 8-pound leg of lamb, but considering that both the leg bone and shank had been removed, mine ended up being only about 4 pounds. Inconveniently, I managed to keep forgetting this as I made my way through the recipe, so my olives and apricot ratios were a little off, as was my cooking time. Having overestimated the timing, I skipped off to the liquor store to find a Syrah to pair it with, as was suggested on the opposite page from the recipe. Arriving home at the right time (so I thought), I discovered my lamb had an internal temperature that was about 15 degrees higher than the recipe recommended.

It was, of course, slightly overcooked, both by the recipe’s standards and and my own: I like lamb cooked to medium and nice and pink.  There was some pink, but it was much further in and closer to the bone, and our initial slices didn’t have a trace. Then again, having never cooked a leg of lamb, was that how it was supposed to turn out? This novice wasn’t sure. Thankfully, the lack of pink in the outer pieces didn’t seem to affect the texture whatsoever! It was still succulent and juicy and had beautiful flavour. Considering this was my first attempt, I was immensely pleased with the results. I’ll definitely work on getting a better colour and temperature on my next try. 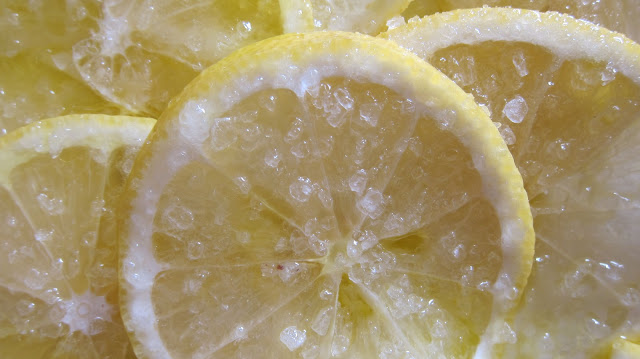 I couldn’t detect much of the olive and apricot flavours, which is why I also mixed them in with the rice, but the cured lemon really added something special. I especially loved that the recipe involved curing the lemons yourself. As easy as it was to do, you don’t always find that sort of step in your average recipe. I like the way that Food & Wine takes home cooking up a notch, and with insights from such excellent chefs and recipe developers. Of the three recipes I’ve tried from the Food & Wine covers thus far, this one has definitely been my favourite.
Now that I’ve finally tackled lamb and I’ve gotten those first-time jitters out of my system, there will be so much more of it served around my table. And soon!

Stop by Cook That Book to see how Jasmine liked this recipe. Rumour has it she doesn’t really like lamb, so I’m excited to see if this dish changed her mind! 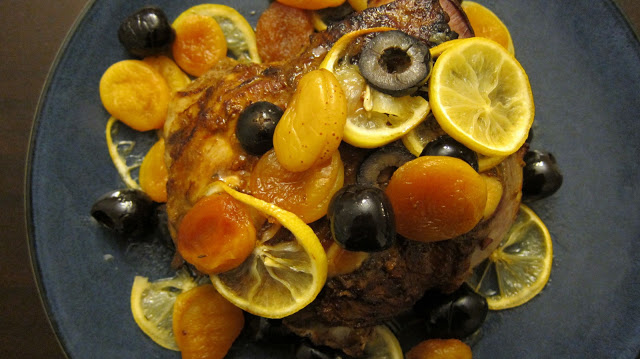 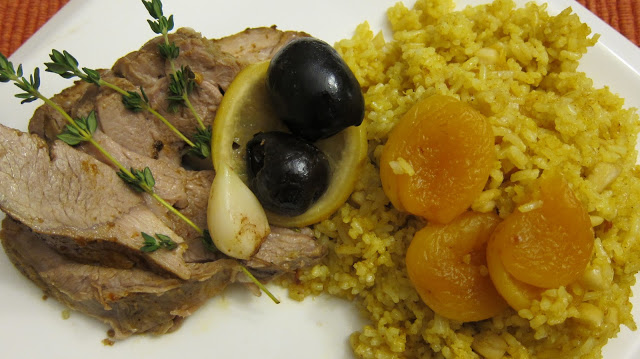 Jeff Cerciello’s recipe for Spiced Leg of Lamb with Olives, Apricots and Lemons.

As part of CookThatBook‘s culinary New Year’s resolutions, we have committed to creating each month’s cover recipe from Food & Wine Magazine.

NOTE: If any of you would like to follow along with us and join in on the fun, we’d love to compare notes! So pick-up a copy of the latest issue of Food & Wine and get cooking.

The mission of Food & Wine Magazine is to find the most exciting places, new experiences, emerging trends and sensations in the culinary and wine industries. From travel and entertaining to luxury and design, this magazine brings an energetic and stylish take on food and wine. For more information on Food & Wine Magazine, please visit www.foodandwine.com

Have a wonderful holiday, everyone! Eat well!