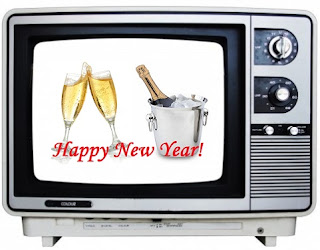 There’s a lot to choose from, but here are five TV-related things that really got under my skin over the past year.

1. Charlie Sheen
Need I say more? Like Two and a Half Men hadn’t put us all through enough misery, he forced his way into the public vernacular with #winning, “Tiger Blood” and his crazy, manic eyes.
2. Kim Kardashian
Oh, did she ever give Charlie Sheen a run for his money. I used to watch all that Kardashian Krap for fun. Then it just got sickening. As if the wedding special wasn’t horrible enough, it all ended up being a big joke – the marriage collapsed after only 72 days, either because it was all a sham to begin with or because Kris Humphries had the audacity to question the longevity of Kim’s fame and suggest they raise children in Minnesota. Either way, color me the opposite of shocked.
3. Whitney Cummings
Oh, Whitney. I wanted your shows to be funny – this has been a great year for funny women and I wanted to see that continue. I was rooting for you. But even the commercials for Whitney were unbearable. Dated, whiny and with a bizarre self-righteous attitude regarding multi-cam format, live audiences and laugh tracks, the show just didn’t work. The 30 seconds I’d see of the show following The Office every Thursday was usually the worst 30 seconds of my week. Almost as bad was the other series created by Whitney Cummings, 2 Broke Girls. I had high hopes for this series but after watching several episodes (six or so) I had to give it up. The friendship between the two main characters didn’t develop quickly enough, and all the supporting characters were cartoonish stereotypes – often racial ones. The jokes? Some were funny, some weren’t even jokes. Adding “bitch!” at the end of a statement or saying something inappropriate in a sarcastic tone of voice doesn’t make the statement funny. I can appreciate inappropriate humor when it’s funny, but nothing is ever funny just because it’s taboo.
4. The Grey’s Anatomy Musical episode
Remember? I really, really hated this. What could have been an interesting concept – Callie hallucinating in song after ending up comatose following a car accident – ended up being downright painful. Doctors singing as they operate on a patient? Singing their feelings of unrequited love to one another with no explanation as to why they’re in song? What??? I have two words for you: Epic. Fail.
5. America’s Next Top Model
ANTM has been in a downward spiral for several cycles now, but for me this past All-Stars season was the straw that broke the camel’s back. It should’ve been great – with people like Allison, Laura and Isis returning we were sure to see some fierce modeling. Unfortunately, we had the word “branding” shoved down our throats every week and the whole thing ended with an awkward, unexplained scandal and a winner who’s well past her prime in the world of modeling. Sorry Tyra, I’m out.

Luckily for us, 2011 is coming to a close and the new year will bring a whole new slew of things that could work or fail. Stay tuned for a post on what to look forward to in 2012!