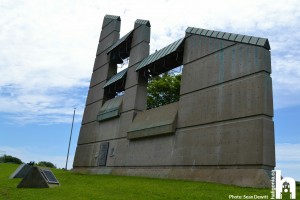 Thursday, Nov. 10, 2016 (Halifax, NS) – The Halifax Regional Municipality is inviting residents to an open house to discuss and learn about the exciting improvements coming to Fort Needham Memorial Park next year.

With the upcoming 100th anniversary of the Halifax Explosion in 2017, Regional Council, along with funding from Canadian Heritage, is investing $2.7-million into a revitalization that will enrich the cultural significance of the park and improve the facilities within one of the largest public open spaces in the north end of the Halifax peninsula.

Fort Needham is a memorial park established by the Halifax Relief Commission to remember the victims of the 1917 Halifax Explosion. It was deeded to the former City of Halifax in the 1950s to be forever used as a public park.

Next year’s work will include landscaping around the Halifax Explosion Memorial Bell Tower with a new plaza for the annual ceremonies, a new staircase commemorating the lost community of Richmond, an enhanced children’s playground, and improvement to the park entrances, main pathways, and lighting.

The open house is designed in such a way as to allow people to drop in and discuss the project with municipal staff any time between 6:30 p.m. and 8:30 p.m. There will be an opportunity to view and discuss options for the park and playground redevelopment in the tennis court area.

For more information on the project and specific details about what’s planned for the revitalization of the park, head to www.halifax.ca/parks/fort-needham.