Please come out this evening and join us at the Keshen Goodman Public Library for the Halifax book launch of Frank MacDonald’s new novel, A Possible Madness.
Tonight (Oct 4th) at 7:00 p.m. All are Welcome!
Copies of the book will be available for sale.
Here is the publisher’s description and a couple early reviews:

Like many smallish and inelegant towns that dot the coastlines and crossroads of this country, Shean’s postwar, post-industrial economy is in desperate disrepair, and the lengths that some civic leaders will go to in order to do “what’s best” for a town like Shean sometimes requires a leap of faith that has unintended consequences. When a global corporation plans a daring scheme to exploit the remaining coal from an improbable source – and thus to secure Shean’s economic future – politicians try to marginalize the few voices of dissent. Some voices, however, are not easily silenced. ~ publisher 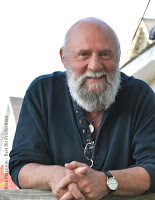 “Like his previous book, the novel’s sweet spot is a sweeping narrative arc that pulls readers in from the first page and keeps them engaged until the story’s stirring climax.
All the while, MacDonald carefully crafts his characters upon the stage, unravelling layers of pretense and posturing to reveal the myriad of ideas and emotions at play in the deeper human drama. The author’s liberal usage of regional dialect and slang also help to anchor time, place, setting, mood and tone.
More than a compelling community drama, however, the bittersweet tale is a telling snapshot of a region, and of a country, struggling to come of age. and, like a seasoned painter or director, MacDonald brings the big picture to life through the little details.” ~Stephen Clare – Atlantic Books Today
“… one of the best novels I have ever read in any language… The plot, or rather plots, work together as neatly as pieces of a jigsaw puzzle, remaining plausible, rather than artificial.“ ~ Elizabeth Cran – The Guardian
““A Possible Madness deals with a community struggling with its past and its future,” says best-selling author Alistair MacLeod, “something Macdonald manages with great sensitivity. It’s a novel about change and those caught up in its vortex,” he said. Macdonald has a reputation for strong character development in his writing. In this novel, “the characters are a combination of the thoughtless and the fearful, but all of them are of good heart,” says McLeod. “Frank Macdonald cares deeply about them both.”“ ~ publisher