The recent Golden Globe Awards brought back the fact that most really good movies are based on books. Here is a brief look at what has won this year:

12 Years a Slave (M), based on the book by Solomon Northrup published in 1853, won for Motion Picture Drama.

This memoir is a slave narrative of a free black man who was kidnapped and sold into slavery. It was considered a best seller for its time, selling 30,000 copies.

The Wolf of Wall Street (M), based on the book by Jordan Belfort, had Leonardo DiCaprio winning Best Actor in a motion picture, musical or comedy. Interestingly, what you think could not have possibly happened to this man because of the outrageousness is true. Belfort really did crash a helicopter on his lawn, and he did have to be rescued by the Italian Navy after his yacht sank off the coast of Sardiania. Much of DiCaprio’s dialogue comes directly from the book.

Mandela: long walk to freedom (M) is based on Nelson Mandela’s autobiographical work published in 1995. Many musicians helped bring the plight of Mandela’s imprisonment to the world’s attention. U2 wrote “Ordinary Love” for the movie version of this books and it won Original song for a Motion Picture.

Hans Christian Andersen (M) has inspired many movies but for the Golden Globe this year has the movie Frozen winning for Animated Feature Film. 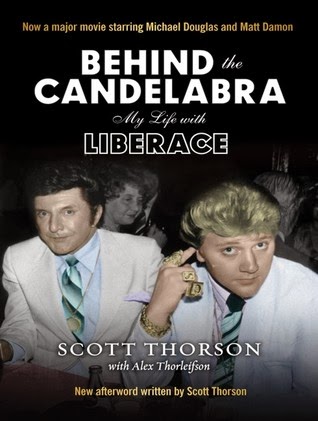 Behind the Candelabra (M) won the best TV miniseries or movie and won an award for Michael Douglas. It is based on the last ten years in the life of flamboyant pianist Liberace and his secret affair with Scott Thorson.

Even though it is not even in theatres yet, I am both dreading and looking forward to the film version of Gillian Flynn’s novel Gone Girl (M). Many readers loved this psychological thriller because of the plot twists and turns to a tale of an unhappy marriage. The big news about the film is that the author herself wrote the screenplay and apparently “wasn’t afraid to take a buzzsaw to her own novel” ! It is reported that she has completely changed the ending. I really can’t see how that would improve this bestseller, but time will tell. This movie could be up for a Golden Globe award next year!

So, as long as there have been good stories written, movies will be inspired by them.