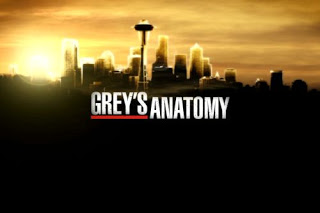 Oops – I missed a week of Grey’s Anatomy. With all these other season finales happening, the show completely fell off my radar, and for good reason. What started out as one of the strongest Grey’s seasons in a while ended up going off the rails (coughmusicalepisodecough) and I don’t think it ever fully recovered.

Yes, the wedding episode a couple weeks ago was good. I enjoyed it. But I feel kind of cheated now that season seven has concluded. A bunch of couples are broken up, something that I thought Shonda Rhimes wasn’t going to do. In particular, the rift between Meredith and Derek feels cheap. And Cristina and Owen? Well that development was just proof that the writers never should have married them in the first place. 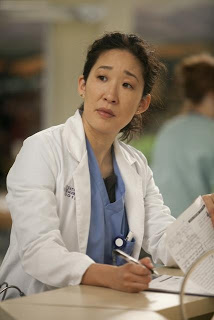 In a nutshell, Cristina discovered she was pregnant and decided to terminate the pregnancy against Owen’s will. So it looks like curtains for that couple. Had Owen and Cristina not gotten married at the beginning of the season, I might have been more accepting of this storyline. And yes, it is evidence that their marriage shouldn’t have happened as Cristina wasn’t in the best mental and emotional state at the time. But the whole arc of their relationship just makes me feel toyed with.

Maybe Cristina and Owen rushed into things, but they’re both smart people. Don’t you think “Do you want kids?” would have come up at some point? Did Owen just think Cristina would change her mind? Did Cristina not dictate this very, very crucial personal decision to Owen? Not wanting to be a mother, ever, is a big decision. It’s a valid decision, but it’s one that should be made VERY clear to any man that’s involved. Cristina had every right to terminate the pregnancy. It’s her body, it would be her child, and while this is touching on some very heavy life vs. choice stuff that I don’t really want to get into, I don’t think she should bring a child into the world when she doesn’t want one.

That said, what she did to Owen was so wrong. She should have made it clearer to him that if she were to get accidentally pregnant, this would be her decision. The whole thing just felt very cruel. 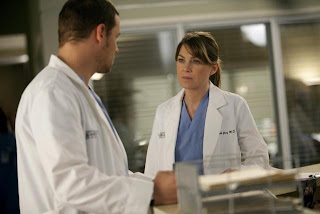 As Cristina was deciding not to have a baby, Meredith was taking one home. The adoption came through, at least on a trial basis, but Meredith had to take the baby home to an empty house. After Alex spilled the beans about the trial, everything fell apart. She could, and probably should, lose her job. But will she? Once the Chief found out she’d done it for Adele, it changed things for him. But it didn’t change things for Derek, who said he didn’t think he could raise a baby with someone who doesn’t know the difference between right or wrong.

I originally kind of liked the storyline of Meredith tampering with the trial, but I guess I should have thought more about where it was heading. I thought we were done with Meredith and Derek breaking up – I wanted to see the writers portray a real, stable couple on this show. The breakup just feels like recycled material. And not losing her job? Kind of unrealistic – would that be solely the Chief’s decision? Shouldn’t there be some sort of ethics board? But of course, you can’t really have a show without Meredith working as a doctor at Seattle Grace, so she was just suspended. 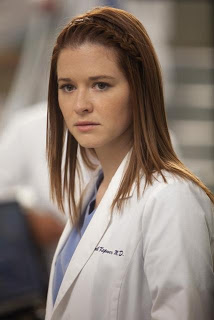 Judging by my Twitter feed the night the finale aired, I think I might be the only viewer who’s OK with April being named Chief Resident. Yes, Meredith and Alex were the obvious choices. But I kind of like the idea of it being uber-organized, protocol-happy April. A newcomer. And I think it could be a good storyline for her next season. I’m also glad Alex was punished for what he did. Ratting out Meredith not because he deeply believed what she did was wrong, but just because he wanted to beat her out for Chief Resident, was classless.

Other season finale developments? Bailey and the hot nurse took a big step forward in their relationship when she agreed to let him meet her kid. I like them as a couple and I wanted to be excited about this development, but I feel like the writers really haven’t let us see enough of them for me to be incredibly invested in it. I’d like them to rectify that. 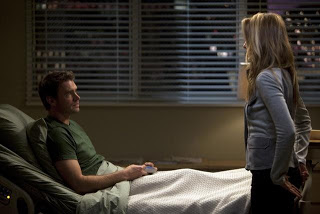 Teddy finally came to her senses and dumped that annoying grief counselor in favor of her on paper husband. This was one of the few things about the finale that I really liked, and I thought the bleak news that there had only been one survivor from a nearby plane crash was a good catalyst for her realization.

What really didn’t work for me was the hot OB/GYN showing up and asking Alex to ask her not to go to Africa. First of all, it felt completely out of line with everything we’d learned about her character up until that point. The cold-hearted move to steal Alex’s job in Africa was a much better exit for her. Second of all, since I know that actress is going to be on Charlie’s Angels in the fall, I knew she wasn’t going to be staying. So it was weak sauce all around.

Another relationship that’s not really working for me is Avery and Lexie’s. Mark is out of the picture, at least for now, but Lexie had so much more chemistry with him. I really like Avery, and I liked the stuff about why he dropped out of the Chief’s diabetes trial, but I don’t see him with Lexie. At all. In fact, I think he’s a better fit with April, if he has to date another doctor. Or he can be Cristina’s rebound. Whatever, really, as long as his shirt is off. 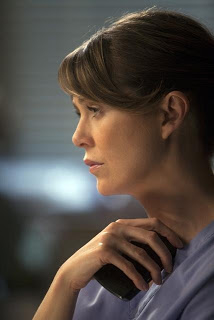 One tiny redeeming part of the finale? Meredith talking to baby Zola when they arrived home. I love people who talk to babies as though they’re just very tiny, silent adults. And I like the sign that, at the very least, she’ll be OK without Derek. I don’t want dark and twisty Meredith to return, especially now that there’s a kid involved. I might have to break up with this show if that’s the road they go down…again.

What did you think of the finale? A disappointing end to an otherwise good season? A dud episode concluding a dud season? Or are things peachy all around? Sound off in the comments!