This blog post marks 3 straight years of Sunday updates, thanks for reading

A Bakery is going in the former Carrot space on Gottingen St.

A Gap Outlet will be added to the Shops at Dartmouth Crossing.

Garden View on Main St will be closing in the coming days for a couple of years as they build am aging living facility. The Garden View will reopen on the main floor when the building is complete. The original Garden View on Spring Garden opened in 1945 and is still in the same family. 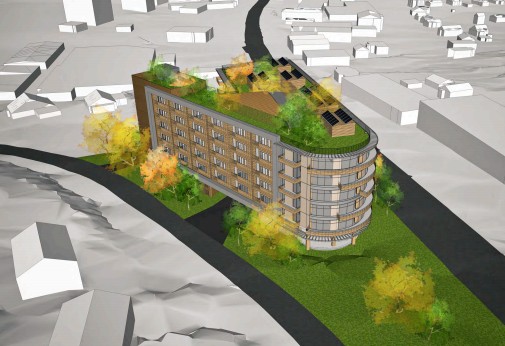 Barrington Steakhouse is now open between Prince and Sackville St.

Verano has opened on Hollis near Duke; I had a chance to go in try the food out, and it was amazing, most stuff made from scratch including the roast beef, soups, desserts and corn tortillas. Great selection of lunch items often with a slight Latin twist. As a lover of Latin food, I am excited.

Baba Ghanouj has moved from Barrington near Morris to Barrington at Prince.

Couple years ago I had said a Rum distillery was going in the base of the TD Building downtown, fast forward to now, and Halifax Distilling is nearing completion on Lower Water in the long time home of Mother Tuckers

Jack Astors in Bayers Lake closed tomorrow thru till June 7 for reno.

After my recent visit to Europe, I asked how people felt about having the tax and fees included in the final price on the shelf at a store, like how the NSLC does it.
A resounding 94% of 354 respondents want to change how we price things to the included tax model.

With the release of the new Xmen movie this weekend
Scotiabank Theatre (Bayers Lake) will finally have a theatre with DBox seats.The seats have motion in them to “enhance” the experience for an evening showing
DBox seat (3D) $22.99
3D $15.99
reg $11.99

Walmart is eliminating fitting rooms in “some maritime” stores as a trial for the chain. No idea if any HRM stores are affected. Let me know if you have noticed. (so far Charlottetown and Truro)

Covered Bridge has reached an agreement with its unionized workforce just as Donair Chips are hitting the shelves of Sobeys and Needs.

You may want to take a second look at the ready meals at SuperStore, this week I discovered delicious samosas warmed and ready to go with chutney 6 for $5.

100 in 1 Day is on Saturday
https://halifax.100in1day.ca/ lots of Urban Interventions across the city with the intent of building community.

If you like Architecture, Buildings and getting into some places you usually don’t get a chance. Doors Open is next Weekend http://doorsopenhalifax.com/doors-open-2016/  Inside a Fire Hall, Inside the Citadel Town Clock, etc

Grocer for Kings Wharf and Do We Want Sales Tax Included?
https://haligonia.ca/grocer-for-kings-wharf-and-do-we-want-sales-tax-included-146501/