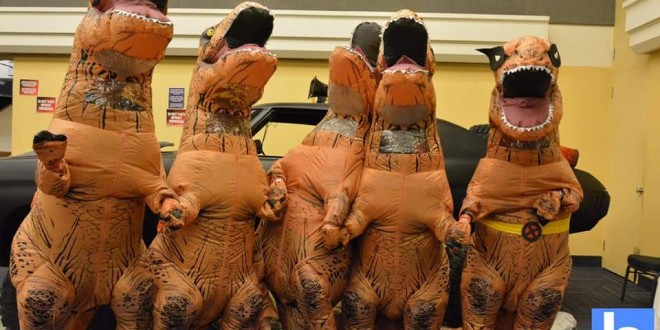 This October 28th, Hal-Con will once again be bringing their own special brand of costumed fun to the downtown core by hosting their Halloween themed parade. This year they are upping the ante and inviting everyone to bring their canine or other service animal friends along for the fun! If last year’s turnout is any indication, this year’s Halloween Parade to be even more exciting. Halifax’s sci-fi scene always delivers magic come parade time!

When: October 28th starting at 11am, ending at approximately 12pm

Hal-Con is an annual weekend event held in Halifax, Nova Scotia during the Fall. In 2018 it will take place on October 26th-28th. Originally showcasing comic books, games, science fiction/fantasy, film/television, and related popular arts, Hal-Con has now grown to encompass the full-spectrum of geekdom while still having enough appeal for even the most casual fan! The gathering includes something for most tastes from geeky vendors and exhibitors, celebrity Q&As, workshops, and gaming to Hal-Con’s Halloween Parade, Charity Auction and the awesome Costume Contest – and don’t forget about the chance to rub elbows with the famous and infamous of geek pop-culture!