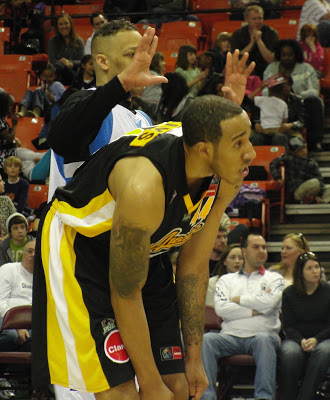 RAINMEN 104, CAPITANES 96
Rainmen Record:  10W-5L
Well, this wasn’t the battle for first place as it was originally dubbed, but the Puerto Rico Capitanes-Halifax Rainmen matchup still lived up to the hype.  The Rainmen snapped their three-game slump and defeated one of the best teams in the PBL, the Puerto Rico Capitanes 104-96.  Puerto Rico arrived late to the Metro Centre with just about 20 minutes to tip off but still came prepared to play.  The Capitanes had an eight man roster fully equipped with their top guns Elias Ayuso, Angelo Reyes and David Cortes along with newly acquired, Courtney Sims.  For Halifax, the newest face to the team, Larry Turner, got the start at centre.

It was definitely a chippy and physical game which stayed tight until the closing minutes.  Even Eric Gilchrese and Puerto Rico’s Rafael Cruz got into a confrontation towards the end of the third quarter causing both benches to run out to the floor.  However, Halifax didn’t let Puerto Rico intimidate them and didn’t let up for the full 48 minutes.  Halifax pulled away in the final three minutes going on a 12-3 run.

Gary Ervin put on an impressive showing as the quick guard led the Rainmen with 23 points.   Larry Turner looked good in his home debut, hustling down low, finishing with 10 pts, 7 rebounds and 3 blocks.

Hat-tip to the Capitanes:
Elias Ayuso 25 pts, 6 rebounds and 2 assists 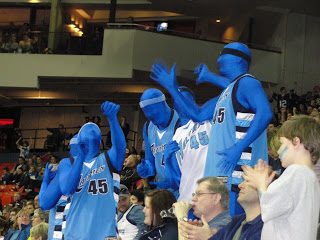 Next up, the Rainmen go on the road to take on the Maryland Greenhawks on Friday night and come back to Halifax to take on the top team in the league, the Lawton Fort-Sill Cavalry…