After a successful Day #1 (despite the weather trying to sabotage that), it was time to move on to Day #2! Joining the Life of Burgers team on the second day was Olivia, Jordan, Drew, Savannah, Ryan, Ian, and Sacha. 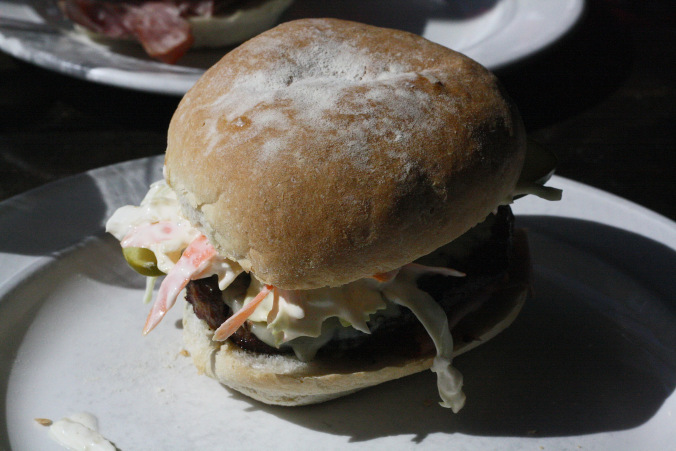 The Deli Burger from Rogue’s Roost provided us with another solid start to our day. The coleslaw stole the show, and I really enjoyed how it accompanied the patty of the burger. The creamy crunch that it gave was awesome! The smoked meat was something I have never had on a burger, but it gave a new dimension of meat that was very much welcome. I really liked the texture of the bun, but there was mixed feelings from the others at the table. Overall, this burger should probably be on your Burger Week list.

Drew: “I thought the smoked meat to burger patty ratio would be off, but the portioning was actually perfect” 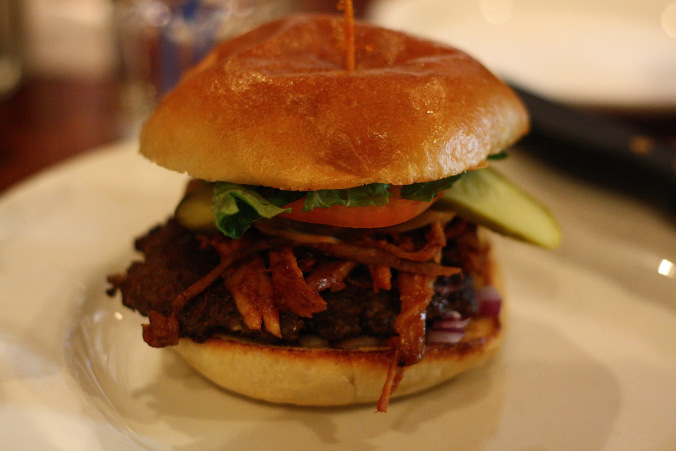 When I hear about pulled pork on a burger, I am instantly very interested. The pork on this burger did not disappoint. It’s flavouring was really great, and the meat itself was really tender. I liked the texture of the bun, and it managed to keep all the meaty goodness contained. The patty itself was cooked nicely, and worked really well with the pork. I did find the onions on this burger to be a bit overpowering at times, and I feel like there could have been less (or even none) on the burger.

Burger #11 – The Avocado Burger from The Argyle 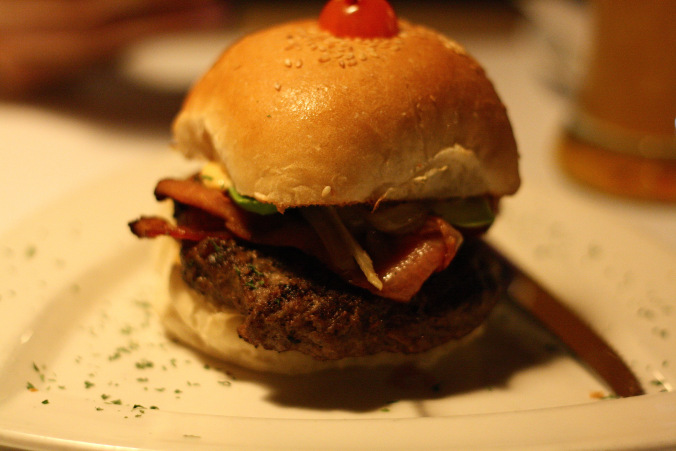 Based on my last visit to The Argyle, I was expecting big things from them. While this burger wasn’t as extravagant as the burger from my last visit, they still managed to create a tasty meal. The patty had delicious seasoning, and it was the main source of most of the flavour. I also appreciated the abundance of bacon on this burger because…bacon. As a group, we all agreed that the avocado was almost unnoticeable, and it would be nice if there was a bit more added on. Also, we would have liked to have tasted the smoked gouda that was supposed to be on this burger (according to the Burger Week passport), but it was nowhere to be found when it came to our burgers.

Jordan: “I would have liked to see more avocado, but I would definitely eat this one again”

Burger #12 – The Steakhouse Slider from 2 Doors Down 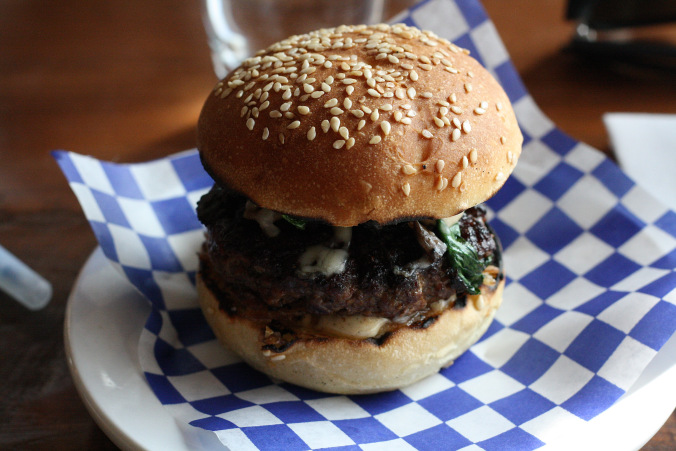 Every now and then, a burger comes along that is so delicious that you just need to take a minute to evaluate what you just put in your mouth. This is exactly the case with The Steakhouse Slider from 2 Doors Down. The mushrooms were plentiful, and really great. The patty, as always, was cooked to perfection, and it tasted like heaven. However, my favourite part of this burger was 100% the corned beef mayo. The flavours that came out of the mayo was insanely good, and I already want a jar of it so I can put it on everything. It’s safe to say that this burger will be one of my favourites of the week.

Ryan: “I don’t usually like mushrooms, but this burger made me eat them and I didn’t hate it at all” 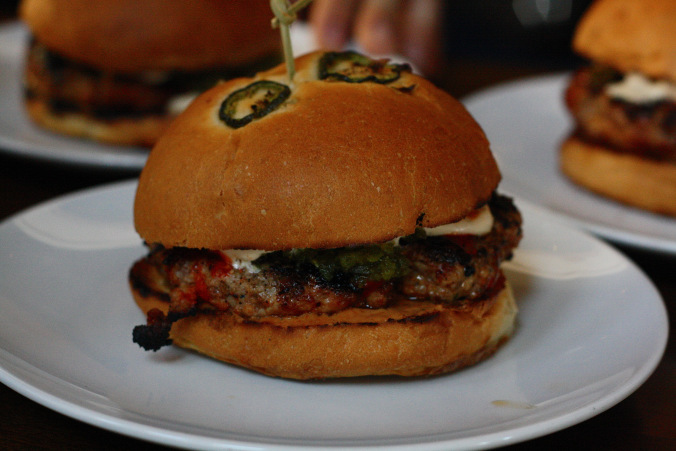 I’m a guy that likes a bit of kick to his burgers. The Hell Fire burger from Stubborn Goat, however, takes ‘kick’ to a whole other level. According to the chef, there are 3 of the hottest peppers in the world included in this burger, and I completely believe it. It took a lot out of me to eat as much as I did, and I couldn’t even finish it. The hotness aside, this burger did have some other great aspects. The patty was cooked really nicely, and was bursting with flavour. I also really enjoyed the habanero milk bun, both in terms of flavour and in texture. This was a nice little burger, and I challenge everyone to go and see how much heat you can handle!

Sacha: “They did a really great job with how they incorporated the heat, as it wasn’t just a raw heat” 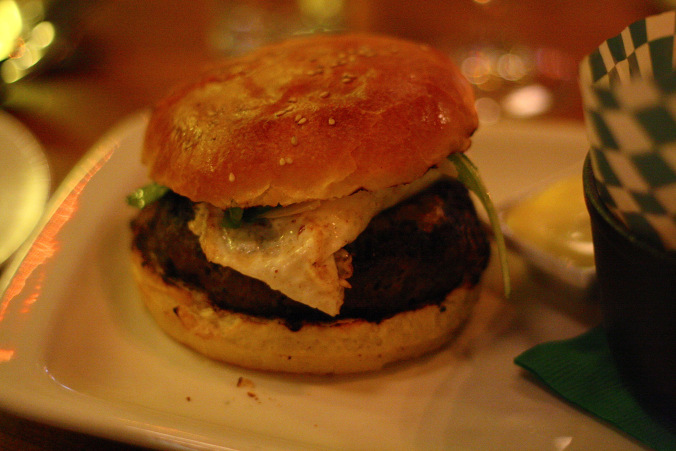 Another thing I’m a big fan of is putting an egg on a burger. Chives filled that craving with their Steak Tartare Burger. The egg was cooked perfectly, and I loved how the yolk broke open when I bit into it and mixed in with the other components. The bun was really soft, and you could tell that it was nice and fresh. The meat used in this burger was top notch, and the tenderness was amazing. I also really liked the mushroom ketchup as it managed to bring out the flavour of the burger even more. This burger, while expensive ($21, with $5 going to Feed Nova Scotia), is definitely worth a try!

Savannah: “Oh my god!” (she really liked this burger) 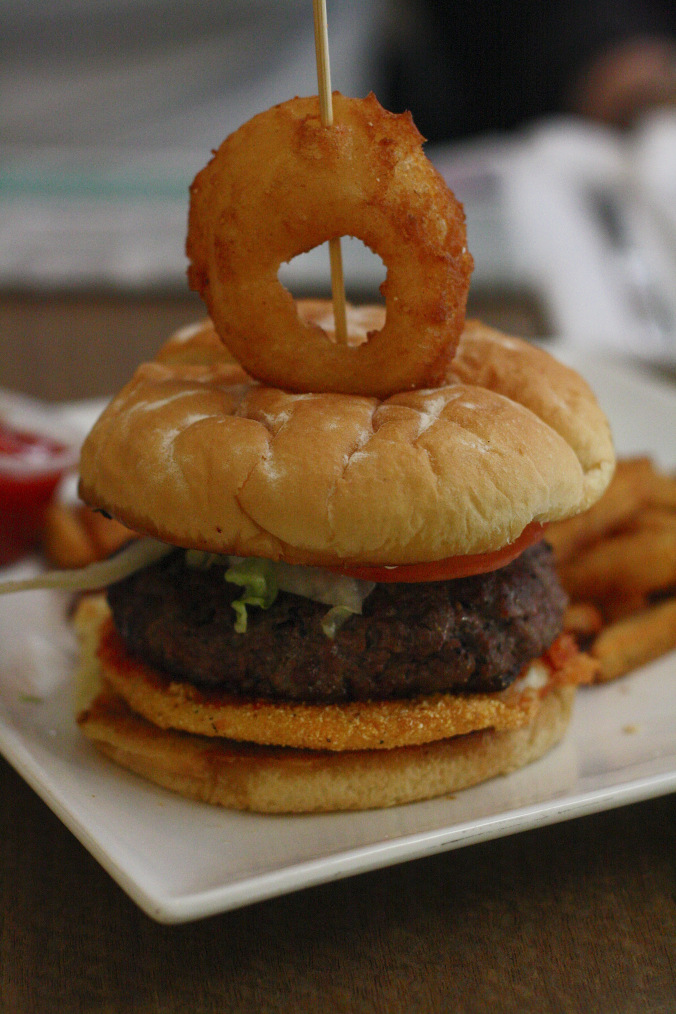 I love when restaurants incorporate something into their burger that I have never tried before. This was the case with the fried provolone in the burger from Canvas. Encrusted in cornmeal, the fried provolone not only provided a delicious taste, but it also gave a great texture to the burger that was both crunchy and cheesy. The patty brought forward a lot of spicy goodness, which gave this burger an awesome little kick. The bun was fair, but it definitely could have used some improving as it wasn’t anything special. Overall, this burger definitely holds it’s own in the realm of Burger Week.

Olivia: “I found that the veggies in this burger really complimented the level of spice” 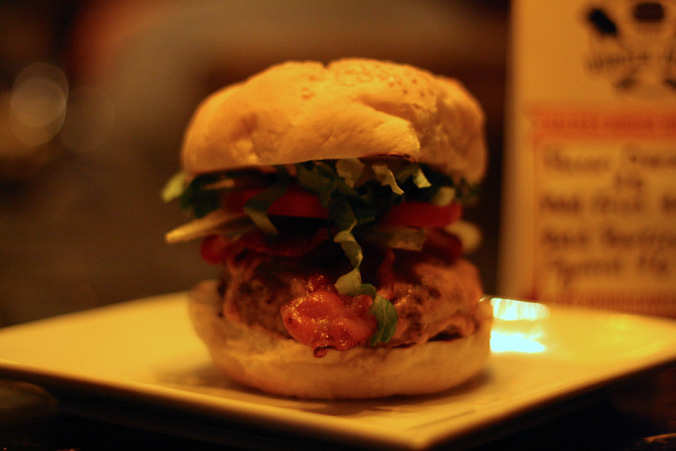 This one just so happens to be on their regular menu, and I have actually reviewed it on here before. To read that post, click here!