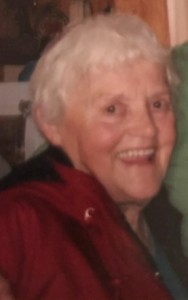 Update: Elizabeth Kanigsberg, who was reported missing earlier today, has been located and is safe.

Late last evening RCMP were notified by concerned neighbours after they checked on Elizabeth and determined she was not home. Investigation determined that Elizabeth was last seen by

family members at 4 p.m. on Monday. However, on Tuesday morning she was at her residence and it’s believed she was in the Jeddore area later that morning. Her vehicle and personal belongings were accounted for when RCMP checked her home last evening.

Elizabeth is a white female, 5’2, 130 lbs, slim build, short grey hair, and brown eyes. She is believed to be wearing a blue coat, red tam (hat) and sneakers.

Halifax Search and Rescue along with Halifax Regional Police K-9 Unit began a search of the area last night and continue searching the area this morning.

Anyone with information on Elizabeth Kanigsberg’s whereabouts is asked to contact Halifax District RCMP or Halifax Regional Police at 902-490-5020. Should you wish to remain anonymous, you can also contact Nova Scotia Crime Stoppers at 1-800-222-TIPS (8477) or text TIP202 + your message to ‘CRIMES’ (274637) or submit tips by Secure Web Tips at www.crimestoppers.ns.ca. Calls to Crime Stoppers are not taped or traced and if police make an arrest and lay charges based on a tip, callers qualify for a cash award.