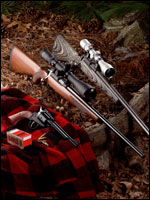 The HRM Public Safety Office today launched Pixels for Pistols, an innovative gun amnesty program that will run from November 2-30.

“Gun violence is a serious concern in HRM. Every citizen who turns over an unwanted gun through Pixels for Pistols Gun Amnesty Program is ensuring firearms do not end up in the hands of criminals. Ultimately, this program will enhance safety in our community,” said Supt. Don Spicer, HRM’s Public Safety Officer.

Citizens looking to turn over unwanted firearms/ammunition are asked to call 490-6977 or email gunamnesty@halifax.ca to make arrangements with police to have the items picked-up. Phone calls/emails will be returned within 24 hours. For obvious public safety concerns, firearms cannot be brought to any police facility or any Henry’s location.

Gun amnesty programs such as this one allow law-abiding citizens the opportunity to turn over unwanted guns and ammunition without penalty. Each firearm collected will be investigated to determine if it has been involved in criminal activity. If no further investigations are necessary, the guns and ammunition will be destroyed.