Although the reviews thus far haven’t been great – a new Hollywood biopic of Amelia Earhart that was released last week seems like it is about to stir up renewed interest in the famous aviator.

The film is credited to veteran Hollywood film writers Ronald Bass and Anna Hamilton Phelan, but interestingly it’s an adaptation of not one, but two books. East to the Dawn by Susan Butler was a biography of Earhart released in 1997 and The Sound of Wings is a 1989 biography by Mary S. Lovell. 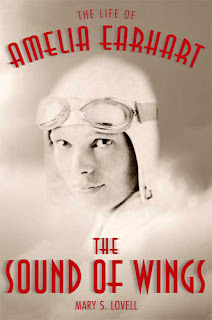 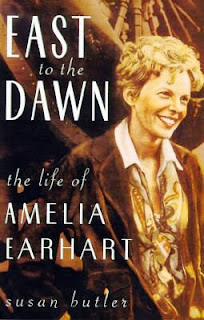 Books about Earhart have been numerous over the years. As this – and the new film – shows, her story has been fascinating to people for decades. In her own time, Earhart was a celebrated adventurer, but her mysterious disappearance during an attempt to circumnavigate the globe in 1937 has kept people fascinated in the decades since.

Another book that takes a similar approach is Amelia Earhart’s Shoes: is the mystery solved? by Thomas F. King, although it goes a bit further to claim that bones and a shoe found on a remote Pacific island could in fact belong to Earhart.In 1999, a book called Amelia Earhart: the mystery solved by Elgen and Marie Long, took a very practical approach to the Earhart disappearance, suggesting that Earhart simply ran out of gas during her long flight.

All of the books mentioned above are ones that claim factual, researched accounts into Earhart’s life and her disappearance, but a number of other authors have imagined more fanciful tales. Two books published in the same year – 1996’s I Was Amelia Earhart by Jane Mendelsohn and Hidden Latitudes by Alison Anderson – offer similar imagined endings for Earhart, stranded on a Pacific Island where she crash landed.
Max Allen Collins’ novel Flying Blind, sees his Private Investigator Nathan Heller hired to look into the disappearance – an interesting edition to the Heller series which are all tied to real life historical mysteries.
Finally, if you’d like a bit more humour in your imaginings of the fate of Amelia Earhart, you should check out Fluke by popular satirical author Christopher Moore where Earhart is the mother of one of the characters. 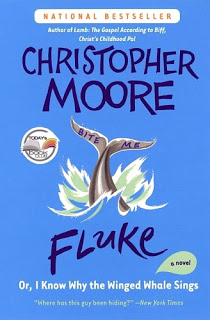 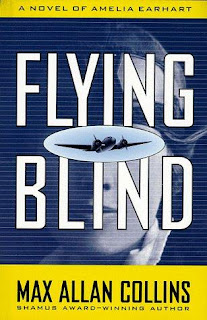