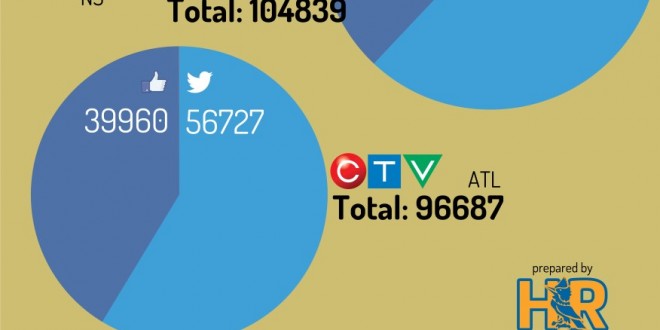 this is representative of the twitter account closed to the brand, I realize that CBC would have sub sites for each show.

but I chose CBCNS as it is the one that aggregates all the other English TV and radio feeds. I also didn’t  factor in  individual personalities under the brands. Also to note the CBC and Herald accounts are marketed for all of Nova Scotia and CTV is for the entire Maritimes.

also congrats are in order for haligonia who is the first in town to crack the 50k plateau on both Facebook and Twitter.