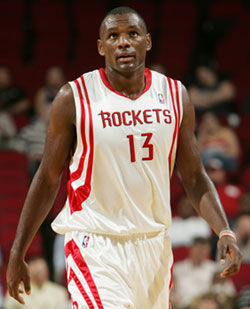 The Halifax Rainmen have made a huge addition to the roster, having signed former NBA player, Kirk Snyder.  Snyder, who attended the University of Nevada, has four seasons of NBA experience playing with the Utah Jazz, New Orleans Hornets, Houston Rockets and Minnesota Timberwolves.  The guard-forward declared for the NBA draft after his junior year at the University of Nevada and was a first-round pick in the 2004 NBA draft, drafted 16th overall by the Utah Jazz (after Al Jefferson and before Josh Smith).  This was also the year the Dwight Howard was drafted first overall.  He also appeared in the 2007 NBA playoffs with the Houston Rockets when the Rockets lost in a seven game series against the Utah Jazz.  The 6-6 guard has played in 211 NBA games and will be bringing a lot of talent and experience to the Rainmen roster.  He also has other pro experience, playing in the Chinese Basketball Association for the Zhejiang Horses in 2008.

Snyder has been more recently in the news due to unfortunate circumstances, having been charged with aggravated burglary in 2009.  According to KSL.com, after being convicted of “aggravated burglary, felonious assault and assault”, he was sentenced to three years in prison.  He was diagnosed with a mental disorder as reported in Dayton Daily News but will look to begin his comeback with the Rainmen.

According to the latest Halifax Rainmen press release, Rainmen President and CEO, Andre Levingston, is looking to give Snyder a second chance: “I’m excited to give Kirk a second chance at having a professional basketball career and providing for his beautiful family,” said Levingston. “We’re happy that he has received the help he needed and look forward to having him join us in Halifax.” Snyder will be joining the team this Sunday as they face the Kentucky Bluegrass Stallions in Kentucky.