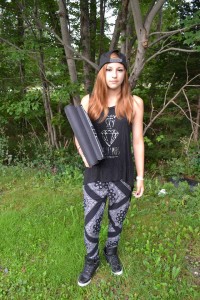 Updated: RCMP says she has been found safe. They thank the public for their assistance.

Fourteen-year-old Savannah Johnson was last seen in the Grand Lake area Tuesday March 1. Johnson is described as an Aboriginal female, 5’4″ tall, slim build, with dark brown hair and brown eyes. She was last seen wearing black leggings with the word “REBEL” on the leg, a black shirt and black high top sneakers. She has multiple piercing’s in both of her ears and one in her nose.

Calls to Crime Stoppers are not taped or traced and if police make an arrest and lay charges based on a tip, callers qualify for a cash award.