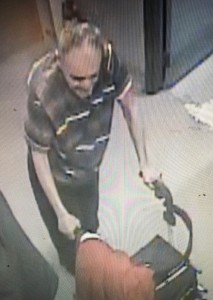 Anthony MacNeil was last seen on May 11 in the 2100 block of Barrington Stre­et in Halifax. Antho­ny uses a walker and is described as a white man with a slim build and salt and pepper hair.

There is no informat­ion to suggest that Anthony has met with foul play, however, police are concerned for his well-being. Officers request that Anthony or anyone with information on his whereabouts ca­ll Halifax Regional Police at 902-490-5020.