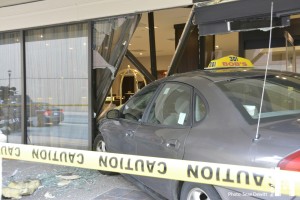 On April 20th 2017 at 5:34 P.M., Halifax Regional Pol­ice responded to a report that a taxi cab just crashed into the Delta Barrington located 1875 Barrin­gton Street, Halifax, Nova Scotia. The 54 year old man from Dartmouth had just  dropped off a fare in the downtown area and was proceeding North on Barrington Street when he report­ed he lost his brake­s, the driver attemp­ted to slow down by aiming for a post in the area but he cra­shed into the hotel lobby doors. 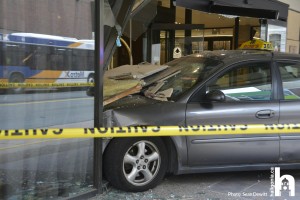 The dri­ver was not injured nor was his small dog that was riding wi­th him. The Ford Tau­rus taxi was lodged  halfway into the lo­bby doors of the hot­el and the other half on the sidewalk. 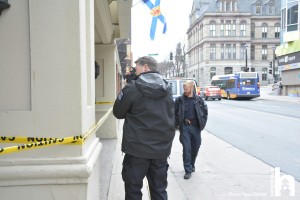 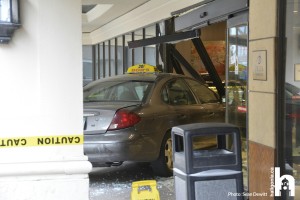 Halifax Regional Pol­ice responded to a taxi cab that crashed into a hotel lobby in downtown Halifax.
https://haligonia.ca/halifax-regional-pol%c2%adice-responded-to-a-taxi-cab-that-crashed-into-a-hotel-lobby-in-downtown-halifax-189105/