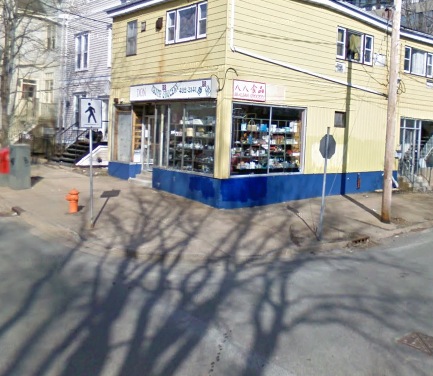 From HRPD:
Halifax Regional Police is investigating an assault that occurred last
night in Halifax.

View Larger Map
At 9 p.m. a 19-year-old woman was walking on South Street near Henry
Street when she was grabbed from behind by a man who attempted to pull
her into an alley/driveway between two houses. A man and woman walking
by inquired as to what was happening, which appeared to startle the
suspect and allowed the victim to get away from her attacker. While the
victim was not physically injured during the incident, she was obviously
very shaken. She reported the incident to police at 2 a.m. today. The
suspect description is very limited; he is described as a white man with
a deep voice.

Halifax Regional Police is seeking the public’s assistance in
relation to this matter. Officers would like to speak with the man and
woman who witnessed the incident and spoke to the victim and suspect.
Additionally, anyone who may have information about the incident is
asked to contact police at 490-5016 or anonymously through Crimestoppers
at 1-800-222-TIPS (8477) or online at www.crimestoppers.ns.ca.