I know a “good” blogger would have had this up when it was actually “Christmas” but given that i didn’t even manage to get our birth announcements in the mail yet, much less Christmas cards, I think we’re doing good! lol

What I have been doing is enjoying being a Mom :-) 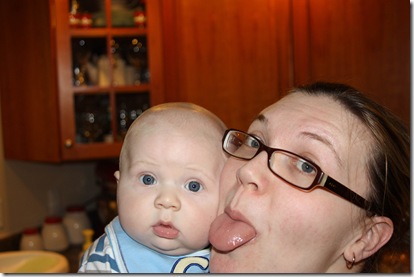 My little Peanut is of course growing and developing and now, as you can see, thoroughly enjoys his Exersaucer! 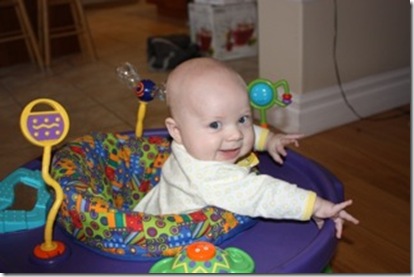 We knew that his first Christmas would have an extra something special, but we thought that given his age, he wouldn’t know what the heck was taking place and it would be more fun for us than for him.  But I dare say I think I was wrong about that! 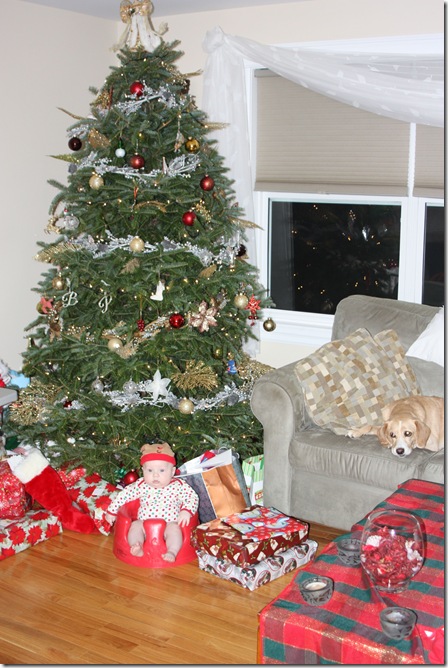 As you can see, Lucy is taking part too.  She is now on “probation” after a two week stay with her Grampie.  Let’s just say that we needed some time apart. I love that little dog, but sleep deprivation + barking at every little thing that moves + waking up the baby (and me) during some much needed nap time = bad combination.  During our two week “break,” uninterrupted naps were had and I am a much happier Mama! 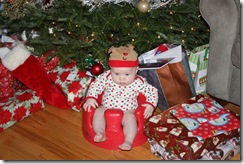 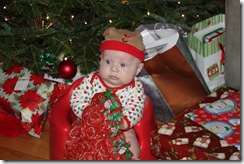 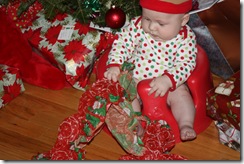 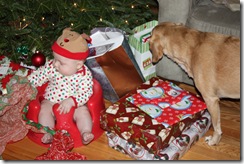 See how interested he is in his gifts?  I thought he would have no clue, but he clearly does! 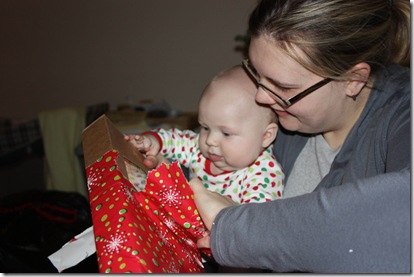 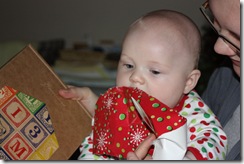 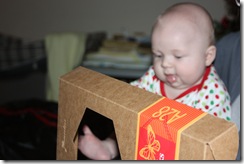 Grandparents relished the opportunity to spend time with him and here’s some of that in action:

”Hehehe Nan, you are soooo funny!” 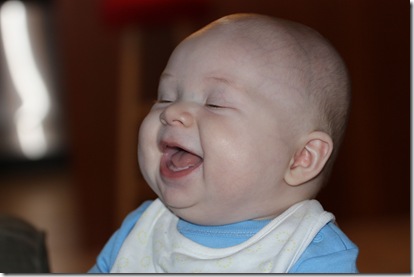 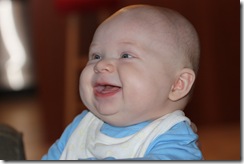 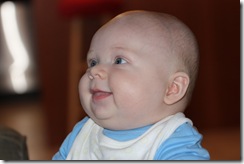 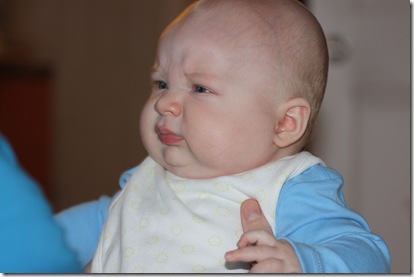 I swear to you these were taken seconds apart from each other! lol  He is the baby of passion! lol

All is good again playing in his Exersaucer….although you can tell he’s up to something..just not sure what. 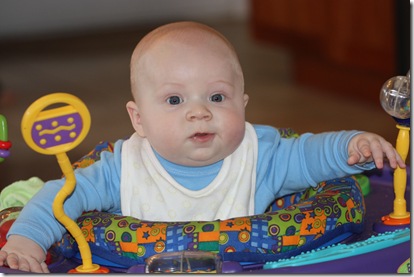 We hope you and your family had and continues to have a wonderful holiday!  We had so much joy in our home because of this little guy that we feel spoiled just from that alone.  We had no idea that he would contribute to so much family unity at his young age.  We didn’t expect that to kick in until another year at least! 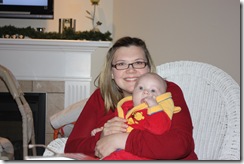 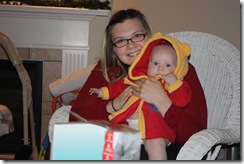 2010 was a year full of entirely new and life changing experiences for me – ones that have challenged me to every extent and I’ve decided that 2011 is going to be the same.  I’m fighting to get my body back to feel like “me” again and I can’t wait to not automatically hide behind my son in photos as you can see I’m cleverly doing here.  I see the photos of me on the side of this blog with the Bluenose Marathon medals around my neck and a proud smile on my face and I have visions of doing that again only with my son in my arms at the end.  Even if it’s the 5k, it matters not to me – only that I’ve gotten my body back and being healthy and fit enough to run it and share the healthy and active example with my son.  We all have “wake up calls” in one form or another in our lives, sometimes it’s more than one.  What’s important is what we do with them.