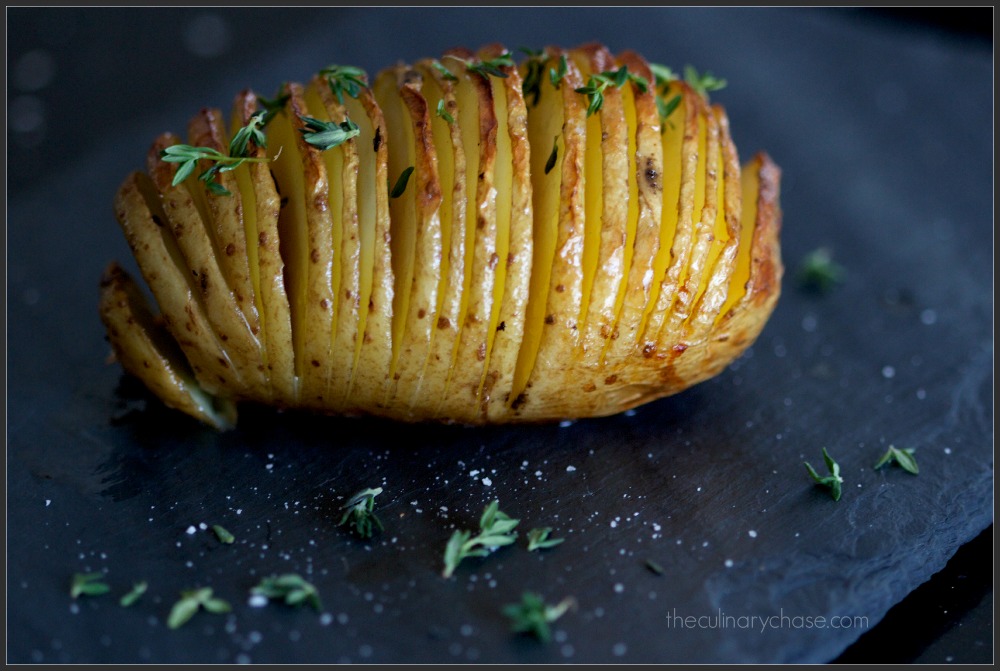 Years ago I would take potatoes, slice them (not all the way through), place thinly sliced onion rings and butter in between the slices.  I would season with salt and pepper, wrap in tin foil and bake in the oven.

I never knew slicing the potato in this way was referred to as Hasselback. Hasselback potatoes according to About.com were named after a Stockholm restaurant that invented them.  Placing butter or oil between the slices allowed them to fan out during the baking process.  These potatoes are a perfect side dish to a Sunday roast.

1) Preheat oven to 425f.
2) Make even slices in the potatoes but don’t cut all the way through.
3) Combine equal amounts of butter and olive oil and brush this mixture all over the potato. Add some of this mixture to the bottom of a baking dish. Season potatoes with salt and pepper.
4) Bake 30 minutes. Remove from oven and baste potatoes with melted butter and olive oil mixture.  Place back in the oven and bake for another 30 minutes or until the potatoes are golden crispy on the edges and easily pieced in the middle with a knife. Serve hot out of the oven sprinkled with thyme leaves. 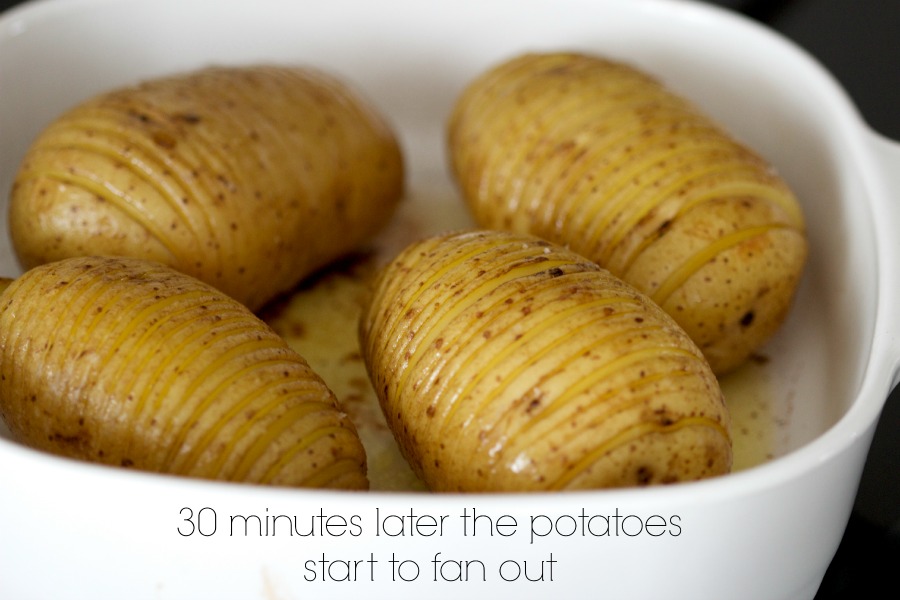 The Culinary Chase’s Note: I really wanted to use duck fat but couldn’t find any at the time. You can dress these potatoes up with grated cheese, bacon bits, sprinkling of paprika, minced garlic or keep it simple with just the above ingredients. Either way, these spuds taste de-lish. Enjoy!

The post Hasselback Potatoes appeared first on The Culinary Chase.