My fore-fathers were Flemish. They immigrated to Ireland in the 1500’s. and became brewers. Then due to some silly dispute over potatoes/stout, chose to sail the seas and settle in the rugged new land – well, islands of New Zealand, in 1862.

I started my own world travels in 1993 – two months in Fiji, eight months in Canada (well, BC), two months down the East Coast into California, two years in the UK, two months backpacking around Mediterranean Europe, then two years back in New Zealand—where I married my beautiful East Coast fiancée. Then, in April 1999 – I emigrated with her to Canada’s East Coast!

The Maritimes. My wife would often muse that it was the most under-appreciated part of Canada. With that name I was almost expecting the fabled Lost World of Atlantis, but soon after landing and being enthusiastically welcomed with open arms by friends and in-laws (who I had not me prior to marring their university drinking buddy/baby daughter/youngest sibling) I began to ‘get it’.

No, this was not Vancouver, BC. Things move a little slower – almost like the “Fiji Time” I had learned to appreciate in my travels. There was no big rush. People wanted to hear your story. They wanted to share theirs. And quite often they wanted to drink with you. This is a fun province! 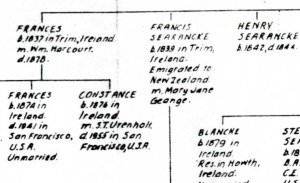 And then, as often happens when you’re having too much fun, the bubble is burst. Someone made the mistake of calling me Australian.
“Umm – actually, I’m from New Zealand.”
“Oh, it’s the same thing, isn’t it?”

The only way to appreciate the depth of this minor mistake would be to ignore the fact that New Zealand and Australia are separated by 1,198 nautical miles of water (it’s called the Tasman Sea) about 2,218 km, or two hrs flying time. Additionally, they have different governments, currency, national anthems/animals, rugby teams, and enormously different pronunciation of most vowels.

Or I could just point out that Canada is really just another part of The Untied States of America, isn’t it?

I am not a madly patriotic person. During my travels, I didn’t really mind people assuming I was Australian. But over time it has become a sore spot. Is it because I have been away so long that I now miss home and have become defencive of, Aotearoa (Maori for: “The land of the Long White Cloud”)? Or have I inherited some of my fellow Canadian’s patriotic spirit? I’d like to think a little bit of both. 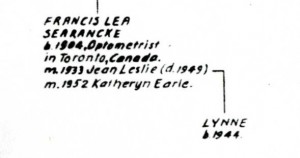 If I’m brutally honest with myself I have to admit that I do still miss my old friends, or as we’d say in New Zealand, “my mates”. People I grew-up with, played sports with, drank with, and who recognize my many personality quirks, and still forgive them. I think it is almost impossible to replicate the bonds of friendship that are forged during your childhood, throughout the formative years, and into your adulthood. People you have history with—these are your mates! Now, many are scattered around the globe or back/still in New Zealand, and through the wonder of the Internet and social media tools we keep in “virtual” contact. Which is nice, but due to differing time zones, it’s impossible to share a few NZ beers and catch-up! Do I miss my family? Of course! But these are family. You inherently love your family and they are always there for you—well, in theory. Plus, some have visited us already, which was nice.

So what am I now? I am officially a Canadian Citizen, I call myself Canadian—I’ve even let my New Zealand passport expire! I have a family. A house. Canadian friends. A new career. Plus, 10 years on—I’m still here! Just recently after reaching that decade milestone, I realised that I’ve been living on the East Coast for ¼ of my life! Yet, as many people who are in the East Coast by choice may already appreciate, they may live here, but still remain “come-from-aways”. Yes, even those bloody Aussies!