I moved to Ottawa in 1993 to live with my cousin and her family and take care of her two boys (aged three and almost one). It was a new city where I didn’t know anyone (other than family) but being a ‘born and bred Maritime’ (and an extrovert) that wasn’t going to stop me from meeting new people. I took and art class and met a good friend…we ended up taking voice lessons from the same teacher as well. On our days off we’d take the bus from Kanata into Ottawa with no plans…our motto for those days was *whatever*. We’d get off the bus and decide what to do…I still like the ‘no plans, go with the flow’ days…my current vacation is pretty much all about that. 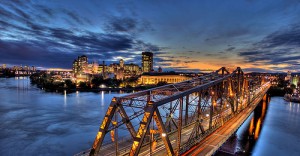 My cousin, though not anti-social, was not the type to make friends. She just didn’t really want them. We are quite different in that respect. She knew some of her neighbours’ names…I got to know the neighbours. I’d have coffee with the woman 2 doors down (she had a young daughter) when she wasn’t working and even went golfing with her and my cousin (who had started to join for coffee/tea/drinks…she was coming around). The day of the golf outing, we came back to see that a neighbour across the street was working, alone, filling his wheelbarrow full of earth that was piled in the driveway and moving it to the backyard. I mentioned to my cousin that he had knocked on the door the day before asking to borrow a second wheelbarrow and I couldn’t find one in the shed. Turns out it was behind the shed. So, tired and sticky from golfing in the Ottawa heat I went to the backyard and brought the wheelbarrow over to him. While he appreciated the gesture…his helpers (teenage sons) were in school so he wouldn’t need it. I started to shovel. Turns out we were filling in the hole from the above ground pool they had removed. We went trough the pile in the driveway fairly quickly (an hour and a half or so?) considering I was tired from golfing (oh, to be that young again) and when finished sat on the back deck with a beer that his wife brought out. She was shy but we started talking and another great friendship was started. I spent a lot of free time visiting/helping across the street….even built the front porch on their house (he is not ashamed to admit that he was MY helper for that endeavour). (Don’t worry that I didn’t do things fro my cousin’s house…I painted/decorated every room while I was there, did most of the laundry, cooked almost every meal and provided a weekly menu from which to make the grocery list…thus saving money at the grocery store.)

I went to a Home Exhibition show in Ottawa one day (with the friend from art class) and filled out ballots to win free trips, blah, blah, blah. BIG MISTAKE. I kept getting phone calls from insurance people. ‘No thank you, I’m not interested.’ But one caught me at a weak moment. Packing for a weekend trip to Montreal, I answered a call from someone asking to talk about life insurance…tired of saying NO to all of these calls, I agreed to meet with this woman and arranged a time for her to visit me. Turns out she went to Saint Mary’s University and though I went to Dalhousie, we were about the same age and knew some of the same people. Another great friendship ensued.

Hard to believe that I was able to make friends in a new city without Facebook and/or Twitter. I have been back in Halifax for almost 9 years but I still have contact with my Ottawa friends (contact may not be as often as it should be but they are still my friends and I feel lucky to count them as such). Wish I could have moved them back here with me! People have asked me if I’d ever move back to Ottawa…it’s not out of the question (never say never) but I am home…the only pull that Ottawa did have was the friendships that I had made. The friends I have in Halifax would win a tug of war now though so Ottawa, for me, remains memories of …UNBEARABLE HEAT/HUMIDITY in the summer, FREAKING COLD in the winter, a better transit system (though it still takes forever to get from Kanata to Gloucester) and GREAT FRIENDS.

Michelle Yogis is an inventory manager, a native Haligonian, an aunt to three, @myogis on Twitter, a #twushi aficionado, a very recent newcomer to the blog-o-sphere and proud to be a #halifaxchick!!