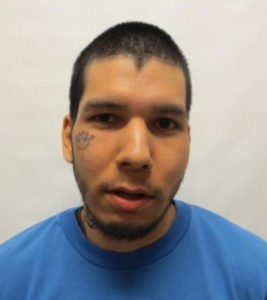 In accordance with the Nova Scotia Release of High Risk Offender Information Protocol, Nova Scotia RCMP is advising all citizens, particularly those in the Indian Brook and surrounding areas, of the release of a high risk offender.

Christopher Isaac MacDonald, 24, is being released from the Atlantic Institution in Renous, New Brunswick, on June 29, 2018, after completing a sentence for Assault with a Weapon and other offences. He is a violent offender and has a criminal record that also includes convictions for Assault, Armed Robbery, Robbery, Theft under $5,000 and Failure to Comply with the Conditions of a Recognizance. His victims have included men and women with whom he had no previous relationship.

MacDonald will be required to follow strict conditions for two years while on recognizance, including not possessing weapons and abstaining from consuming, possessing or purchasing alcohol and illegal non-prescription drugs or prescription drugs not prescribed to him by a medical practitioner. He is also required to follow a 9 p.m. – 6 a.m. curfew daily.

The purpose of this information is to alert members of the public of MacDonald’s presence so they may take suitable precautions. Any form of vigilante activity or other unreasonable conduct will not be tolerated.