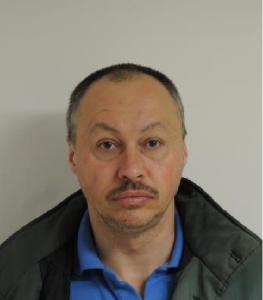 In accordance with the Nova Scotia Release of High Risk Offender Information Protocol, Nova Scotia RCMP is advising all citizens, particularly those in the Windsor area, of the release of a high risk offender.

Eddie Matthew Henshaw, 45, is being released from Dorchester Penitentiary in Dorchester, New Brunswick on May 23, 2018 after completing a sentence for sexual offences. He has a criminal record dating back to 1993 that includes convictions for Assault Causing Bodily Harm, Assault and Sexual Assault. He is described as white, 6-foot-1 and 180 pounds, with brown eyes and brown hair.

Henshaw will be required to follow strict conditions for a period of two years including not possessing certain types of weapons, no possession or consumption of alcohol and non-prescription drugs and no communication with victims. He is not allowed to have contact with children under the age of 16 or be within 100 metres from public parks, schools or anywhere one might reasonably expect children under 16 to be present.