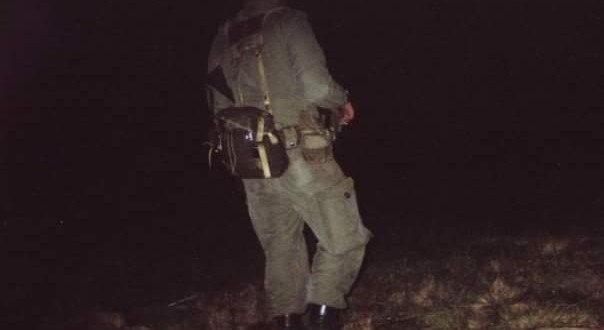 On Friday, November 9th, amateur hockey players and enthusiasts will be lacing up with NHL Alumni and Olympic Gold Medalists to raise money and awareness for the issue of Veteran homelessness at the inaugural Hockey Helps the Homeless Halifax Pro-Am Tournament.

100% of net proceeds from the Tournament will stay local to support Veterans that are in crisis, are at risk of becoming homeless or are homeless by helping to transition Veterans from the streets or shelters into affordable housing, connect them with needed health care, access to benefits and services, and support them in finding suitable employment.

“We are looking forward to our very first tournament in Halifax and having an exciting event. The Halifax tournament will mark that Hockey Helps the Homeless is coast to coast in Canada!” said Ryan Baillie, Executive Director, Hockey Helps the Homeless. “Through the generous support of sponsors, players and their donors, we can make a significant impact on homeless Veterans throughout the greater Halifax area that are homeless or at-risk.”

The format is a one-day Pro-am tournament where participants are treated like a Pro for a day, playing alongside hockey legends. Since 1996, HHTH has raised over $14,000,000 to support over 40 homeless support agencies
across Canada.

“I’d love for the province of Nova Scotia to be the first province to completely eliminate homelessness” said Mike Savage, Mayor of Halifax. “If you can get people into a home, then they can get a job, then they can get the assistance they need, then they can start to get their head together. Things don’t happen without having a roof over your head and that’s what this is all about.”

“I love playing in these tournaments and I hear the same thing from the NHL guys” said 2007 Stanley Cup champion with the Anaheim Ducks, Brad May. May has participated as a pro in many HHTH tournaments across the country over the years. “Hockey Helps the Homeless is an organization I’m proud to be a part of. The work that’s being done in communities all across Canada is truly making a difference.”

Past events have seen hockey greats like Wendel Clark, Shayne Corson, Nik Antropov, Ryan Smyth, Guy Carbonneau, Natalie Spooner, Rebecca Johnston, and many more lace up to support the cause across the country and will now gather for the first time in Halifax. To register to play, volunteer, or sponsor, visit www.hhth.com. HHTH invites hockey fans to be a part of HHTH history and make a difference in their community.

Hockey Helps the Homeless (HHTH) is a nationally registered charity that coordinates and executes one-day fantasy hockey tournaments where men and women get a chance to play with hockey greats and raise funds to address the needs of the estimated 250,000 people who will experience homelessness in Canada this year.

VETS Canada began as a grassroots movement in 2010/2011 when Jim Lowther, a veteran himself, realized that there were veterans slipping through the cracks. They had not made successful transitions from their military careers to healthy, productive civilian lives. These veterans had lost their families, were living in the streets or at-risk of being homeless and were, at times, suicidal. They were unemployed, and many were trying to cope with mental and physical injuries related to their service without adequate health care and other community support. Jim formed a small team in Halifax, NS to seek out and help homeless and at-risk veterans with a view to helping reintegrate them into civilian life. VETS Canada now supports Veteran’s all across Canada.

Great-West Life, London Life and Canada Life are building Stronger Communities Together™ with Hockey Helps the Homeless and many more progressive Canadian charities. As an Imagine Caring Company, we contribute a minimum of 1% of average pre-tax profits to non-profit, charitable and community organizations each year.

Hockey Helps the Homeless would like to sincerely thank our generous National Founding Sponsor, Great-West Life, London Life and Canada Life, for helping realize the dreams of Canadians in need from coast to coast.