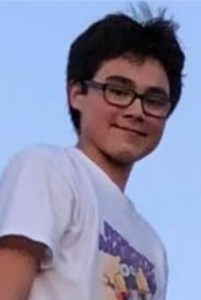 Update: Tyrell Issac has been found and is safe. HRP thanks citizens and the media for their assistance and concern.

Tyrell Isaac was last seen on June 20 around noon on Pleasant Street in Dartmouth. Tyrell is described as a male youth with a medium complexion, 5’5”, 120 lbs. with a birth mark on his neck. He wears glasses and when last seen he was wearing ripped beige pants.

There is no information to suggest that Tyrell has met with foul play, however, police are concerned for his well being as he requires medication. Officers request that Tyrell or anyone with information on his whereabouts call Halifax Regional Police at 902-490-5016.