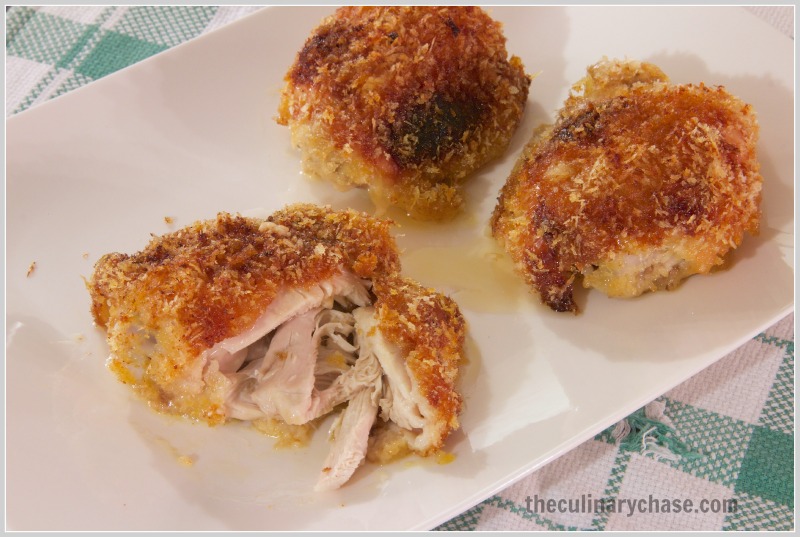 What is it with fast food that can send your stomach growling after a whiff of something deep-fried?  When my sensory system is alerted to these aromas, it’s all I can do to stay away. 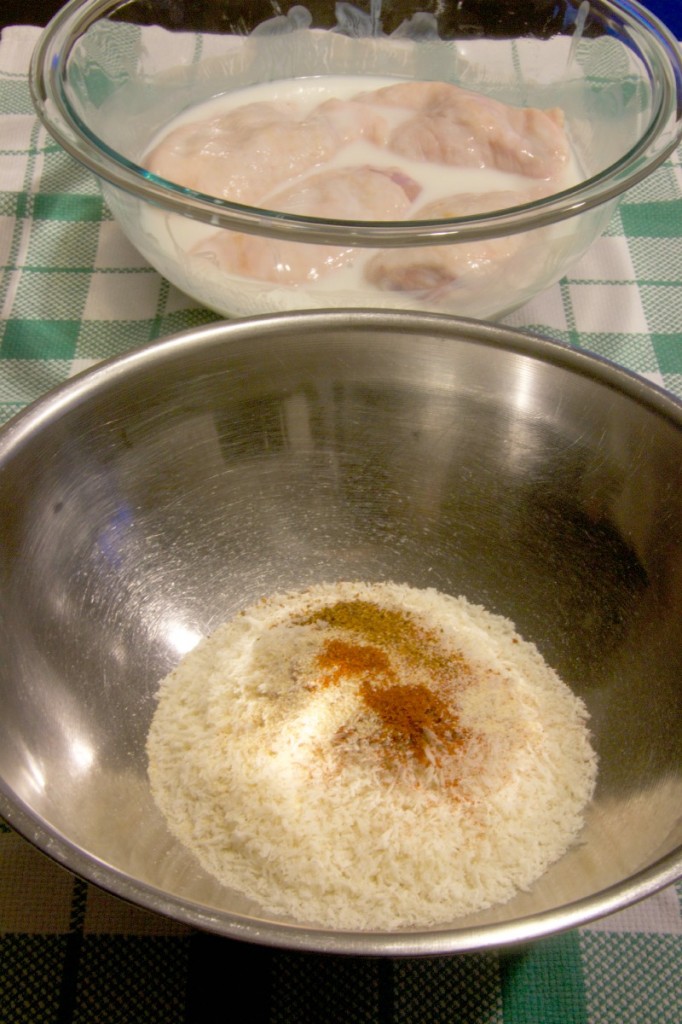 1. Place the chicken in a bowl with the buttermilk and toss to coat. Marinate in the refrigerator for at least 1 hour and up to 4 hours.

4. Heat the oven to 350°F. Spray a baking sheet with cooking spray.

5. Remove chicken from the buttermilk, shaking off excess buttermilk. Discard the remaining buttermilk. Dip chicken in crumbs, pressing so the crumbs adhere to the chicken. Place the coated chicken on the prepared baking sheet. Drizzle a small amount of honey on top (like a zigzag pattern) and lightly spray the top of each chicken thigh with cooking spray. Bake until the chicken is crisped and cooked through, 45 to 50 minutes.

The Culinary Chase’s Note: Crispy texture and so juicy inside!  This recipe will easily satisfy any deep-fried craving.  Enjoy!