A couple weeks ago I was finally able to hold the second instalment of my hot dog party series. In Version 1.0 each attendee had to present their own signature style of hot dog.

Notable were the sushi dog, the fish ‘n’ chips dog, the poutine dog, and the “Halifax dog” – a work in progress. 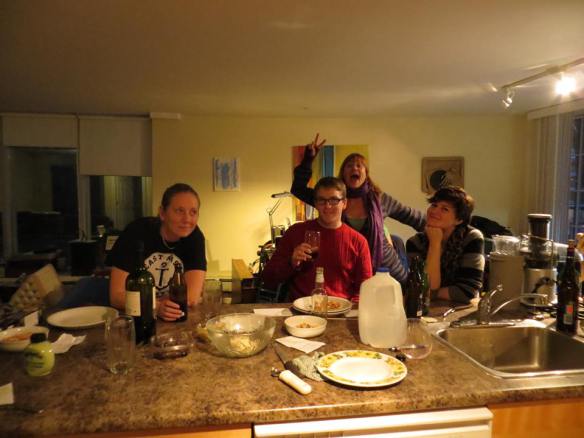 Two thirds of the participants.

I decided that the next gathering should focus on determining the tastiest hot dog brand. We did a blind tasting of 5 brands:

Nathan’s Famous: the sought-after hot dog from Coney Island, New York. You can find these around town at the Food Wolf, Certainly Cinnamon and Sully’s.

Shopsy’s: of Toronto fame, this brand was bought by Maple Leaf in 1992 but still reigns as the star of Toronto’s famous “street meat”. You can get the guy with the Shopsy’s umbrella on Spring Garden to grill one up for you. 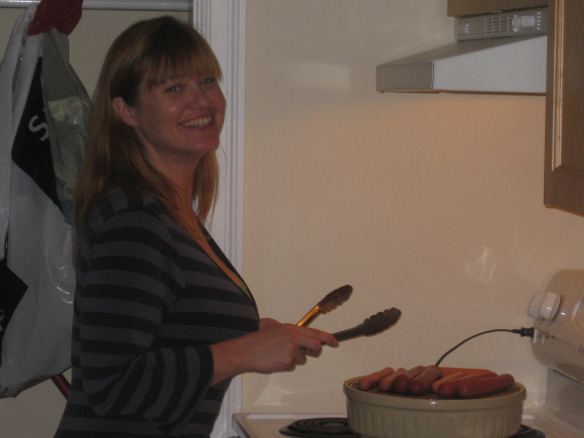 Jenna volunteered to grill up the dogs so that the rest of us could remain “blind”. However, by the time she served them she forgot which were which – fortunately, she had kept a written record. 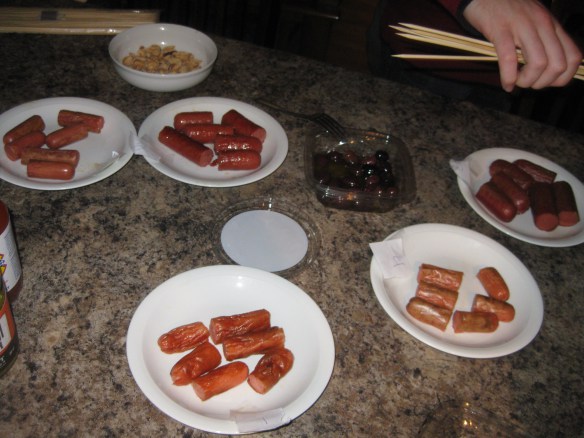 Two hot dogs from each package were sacrificed for the tasting. They were cut into bite sized tidbits and placed on numbered plates which we attacked with wooden skewers. 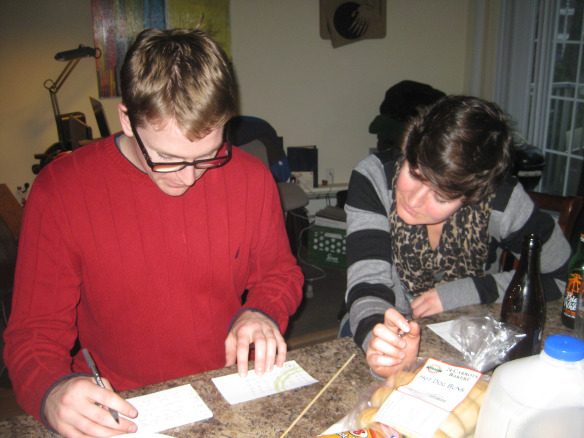 Each participant ranked the hot dogs in order of preference, and this data was ordered and tallied.

The winners were as follows:

The consensus seemed to be that Lester’s and Larsen had a very generic hot dog flavour. However, Lester’s also had a noticeable gritty texture that I quite disliked. Now, John of HFX Foot Longs will swear by Lester’s dogs, but he also insists that they are meant to be steamed. Plus, he piles on the most delectable toppings imaginable.

One of the tasting notes for Nathan’s read: “Nice smoky flavour, moist and delicious; a bit on the salty side. Excellent plate appeal”. I must inform you that the Nathan’s were the only dogs that left a greasy trail on the plate. They were also the only dog that made me audibly moan in reverence. However, a couple of the tasters strongly disliked the Nathan’s due to their strong flavour and obvious greasiness. 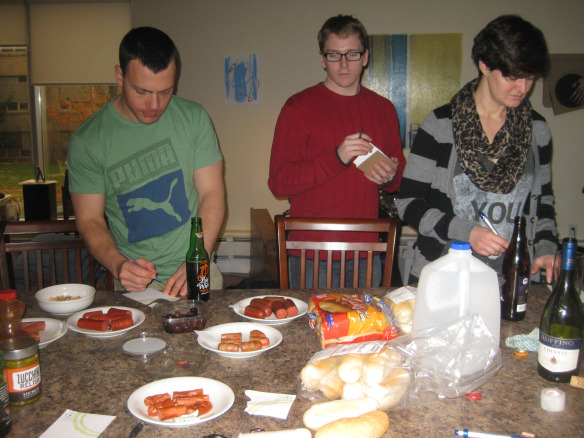 After the tasting, we grilled up the dogs of our choosing. Thea chose the Shopsy’s, while everyone else went for the Jimmie Dogs. I wanted to re-evaluate my choices, so I chowed down a Nathan’s, a Larsen, AND a Jimmie Dog. Hey, it’s research! 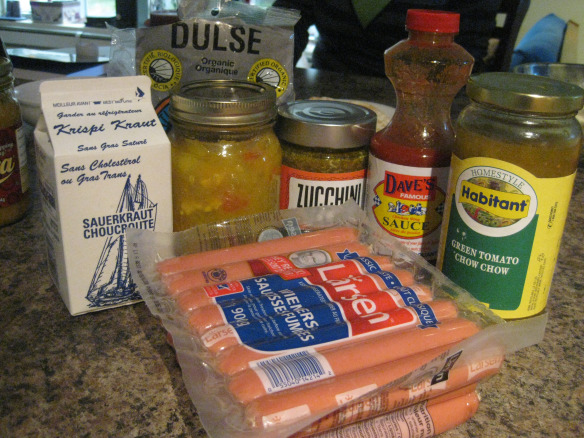 We also had buns from Uncle Bens and 24 Carrots Bakery. I preferred those from 24 Carrots for their high gluten content which gives the buns a sturdy consistency.

While the Nathan’s dogs were delectable on their own and technically placed first in the blind tasting, the Jimmie Dogs garnered more favour as the night wore on. One of the tasting notes for the Jimmie Dogs reads: “Solid balance of saltiness and flavour; tastes of higher than average ingredients”. By the end of the night, the Jimmie Dogs were the clear crowd favourite. The decision may not have been blind, but it was a consensus. 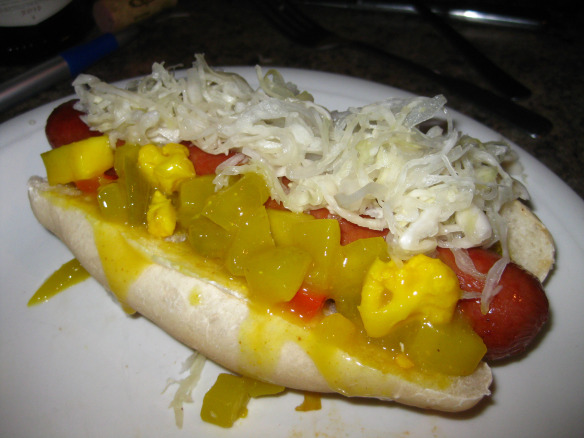 The hot dog party was tons of fun, but I think I’m dogged out ’til next summer! I still want to someday discover the true identity of the yet-to-be realized Halifax-style hot dog. Stay tuned…

What is your favourite brand of hot dog?