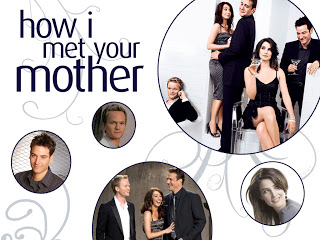 Zooey, Ruby, Jude, Anderson, Dexter.
Just a few of the names I’ve selected for my future, hypothetical children (though there will only be two), and no one likes any of them. I’m not even married, but my friends, family and boyfriend pretty much hate them all. So I could totally relate to Marshall and Lily’s dilemma of not being able to agree on a baby name. And furthermore, they couldn’t even agree on a gender. Every boy name Marshall suggested reminded her of some brat she’d taught before and every girl name Lily suggested reminded Marshall of some trampy girl from high school or a strip club. 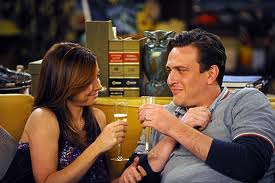 They both ended up trying to choose the baby’s gender – Marshall’s dad told him that the Erikson’s had a long history of having boys because of some ancient Norse traditions. He had to eat a bunch of gross pickled herring, dunk his…stuff…in ice and then point Lily to the North while conceiving. Riiiiiiight. Lily, thanks to a handy Google search, was doing almost the exact opposite – eating lemons, which are “girl fertilizer”, warming up her…area…(trying to keep this blog family friendly) and pointing South.
As if the crazy baby making myths weren’t hilarious enough, the return of dysfunctional couple Claudia and Stewart added an extra layer of funny. Their arguing over a name for their new baby (and arguing over everything else, too) made Marshall and Lily realize that arguing over things they had no control over was silly. So they decided on Jamie, a gender-neutral name…until a kid named Jamie put his paint-covered hands on Lily’s butt. I guess they’re back to the drawing board. Am I the only one who’s become pretty excited for Lily to get knocked up? 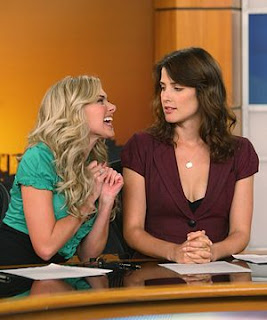 Meanwhile, Ted started dating Robin’s crazy annoying co-host Becky. She talked and acted like a five-year-old, which was not only irritating but kind of disturbing. Ted said it made him feel needed, something Robin could never do. Hello, identity crisis! Robin was feeling all sorry for herself until Barney reminded her that being a strong, independent woman made her totally hot. It kind of looks like the writers are setting the stage for Robin and Barney Part II, and I’m not sure I want to go there. I do want to see Robin get her mojo back though, so hopefully the compliment from Barney got her a step closer.
Barney’s little subplot where he tried (and eventually succeeded) to pick up a woman while talking like a little boy. But nothing beat the weird, creepy, old, plastic-looking Barney that Marshall imagined marrying his daughter, who will inevitably grow up to be a stripper because Marshall doesn’t know how to raise a girl.
While the episode wasn’t the best I’ve ever seen (and I’m a little disappointed that it wasn’t Halloween themed – remember slutty pumpkin?), it was solid. I especially liked how all the storylines dealt with babies and gender in some way – nice synergy, HIMYM! Check out these other great lines and moments from “Baby Talk”:

How I Met Your Mother: Name Games
https://haligonia.ca/how-i-met-your-mother-name-games-28012/