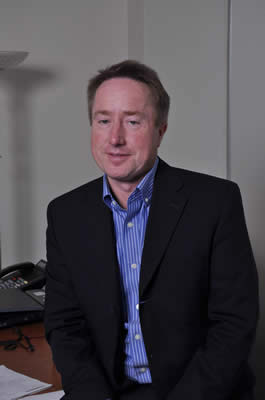 (Monday, January 16, 2012) – Halifax Regional Municipality’s Chief Financial Officer Jim Cooke has tendered his resignation effective Jan. 25 to pursue a career opportunity in Toronto.
Since joining HRM in 2011, Mr. Cooke has developed a sound fiscal strategy while leading the efficient merger of the Finance and Information, Communication and Technology (ICT) divisions.
"I have enjoyed my tenure with HRM, but I have an exciting leadership opportunity with nationwide scope that I could not pass up,” said Mr. Cooke. "It has been a pleasure to make a contribution to the significant work that HRM does in service of the public and I feel I am leaving the department in capable hands."
HRM Chief Administrative Officer Richard Butts said Mr. Cooke will be missed.
"Mr. Cooke very recently accepted a career opportunity, which will see him in a very dynamic role leading major change and growth throughout the organization he is joining. While we know that Mr. Cooke can’t let such a great opportunity pass by, we will certainly miss him and the leadership he provided during a time of significant change."
While a replacement is sought, HRM will appoint an acting Chief Financial Officer.
"I have every confidence in our strong Finance team to lead us through preparations for the spring tabling of the municipal budget," said Mr. Butts.
Source: Release