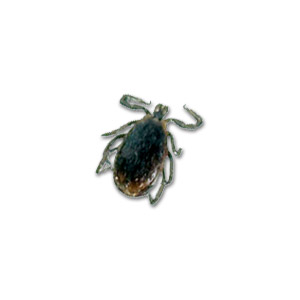 (Tuesday, April 13, 2010)  - Approval of a motion to call on the
Federal and Provincial authorities to permit the use of a deer bait
system to tackle the Blacklegged tick infestation in Admiral’s Cove
Park was granted tonight by Halifax Regional Council.


View Larger Map
Deer bait systems are being put forward as a way to alleviate the tick
population in the Bedford area.  The system attracts deer which come to
the station to feed and while at the station, a chemical  treats them
around the neck area, acting much like a flea/tick collar on domestic
pets.

“HRM can now pursue more aggressive means to combat the Blacklegged
tick infestation,” Bedford Councillor Tim Outhit said. “With the
early warm weather, this could be an even bigger problem for the
citizens of the Admirals Cove Park area this year.  With the threat of
Lyme disease that this tick can bring with it, there has to be something
else we can do to keep them at bay.”

Lyme disease is a bacterial infection transmitted by a Blacklegged
tick. The insect can only transmit the bacteria after it has been
attached to the skin (feeding on blood) for at least 24 hours. The
disease can be prevented by avoiding Blacklegged tick bites, and it is
treatable with antibiotics.

To date, Blacklegged ticks have been found to be established in three
areas of the province.  In addition to Admiral’s Cove, they have been
found in parts of Lunenburg County and in Gunning Cove, Shelburne
County.  The bacteria that can cause Lyme disease have been found in all
three areas.

The provincial government has some advice for residents.  This
includes:

●       Avoid tall grasses and shrubby areas, favourite habitats of
ticks. Keep lawns mowed regularly.
●       Personal protection includes wearing long pants tucked into
socks, long sleeve shirts and hats, and repellents containing DEET can
be sprayed on outer clothing.
●       Careful examination of your person and pets following exposure
to potential tick habitats. Use a wide flea comb on your pets following
an outing to remove any ticks not yet attached.
●       Discourage deer and other wild animals from your yard and home.

For further information visit the province’s Health Promotion and
Protection website at:  www.gov.ns.ca/hpp/cdpc/zoonotic-diseases.asp .