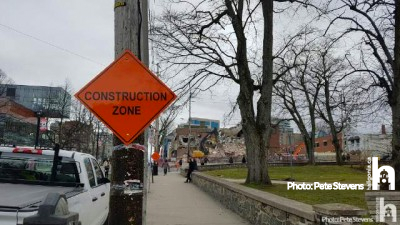 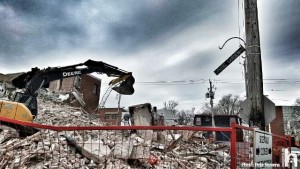 At approximately 12:40 pm on Monday March 28th  Halifax Regional Police were on scene conducting traffic control at the corner of Spring Garden Rd and Brunswick St in Halifax, where a demolition crew was tearing down a building.  As the work was being conducted, one of the excavators slid down several feet in the rubble to the basement level of the structure.  EHS paramedics attended the scene as a precaution, however, there were no injuries to the operator of the machinery.  The Nova Scotia Department of Labour was contacted and will continue the investigation.  An engineer was onsite with the demolition crew and determined that the structure of the building was safe for the work to continue. 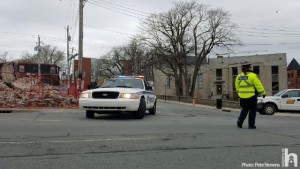