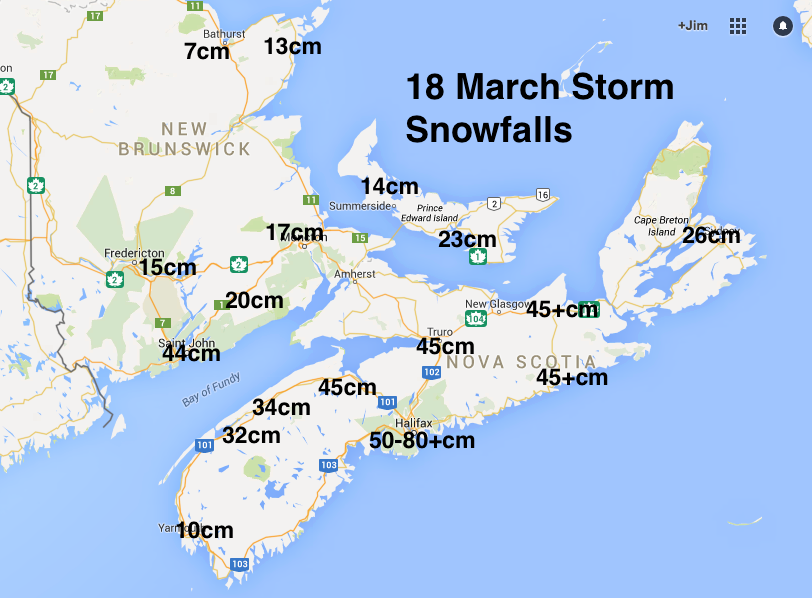 Early Wednesday morning a low pressure centre crossed the Gulf of Maine and passed south of Halifax.  At that time a new low was forming and intensifying near the rain-snow boundary at Sable Island. 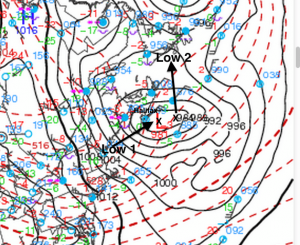 The process of one low dying and another low forming resulted in extreme snowfalls in central Nova Scotia while this was taking place.  Furthermore, a trough extended back Northwestward into southern New Brunswick, keeping the Annapolis Valley and Saint John in the snow band all day.

The radar image below taken Wednesday morning shows the very heavy bands of snow (in yellow) arcing around the trough of low pressure. 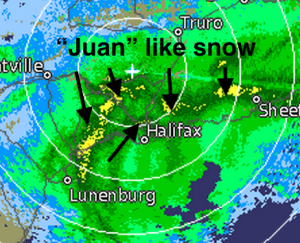 Once the new low moved east, the strong northwest winds brought more snow in the evening and overnight from the Bay of Fundy as well as the Gulf of St. Lawrence (which continues this morning). 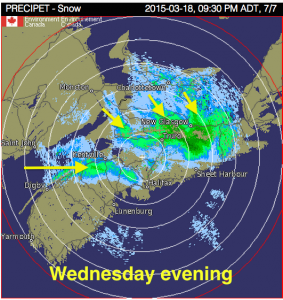 Finally, the biggest measured amount I could find so far was from a CoCORaHS volunteer station (meteorologist from ScotiaWeather) who measured an incredible 83cm!

There will be more snow on Saturday (which may or may not change to rain in some areas).  I’ll provide details on that mess on Friday.

take care and take your time 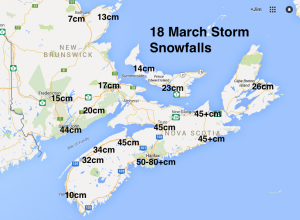