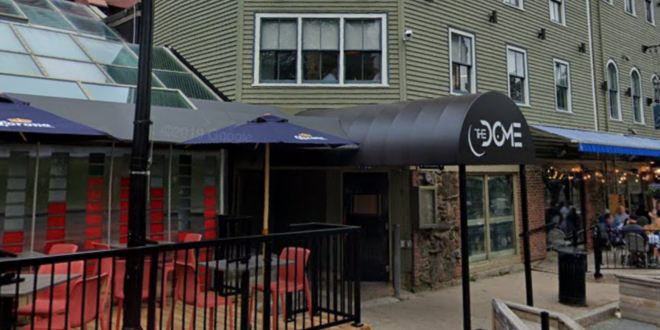 At 12:50 a.m., 8 March, Halifax Regional Police responded to report of a Bomb Threat at the Liquor Dome Complex 1726 Argyle Street Halifax.  Approximately 1,300 patrons and staff were evacuated from the building.

Halifax Transit provided a bus as a temporary shelter for those that could not leave the area.

Multiple police units are currently on scene and are actively securing the area by moving patrons and pedestrian away from the area.

The investigation is in the early stages and an update will be provided at 5:00 a.m.

UPDATE:  A Police Service Dog and Handler trained in explosive detection attended and at 3:22 a.m., confirmed there was no explosive device inside the Liquor Dome complex.  At 3:38 a.m., all traffic was re-opened.  No one was injured during this incident.  However, hundreds of patrons were evacuated without their jackets and many could not leave the area.  Halifax Transit provided several buses as comfort shelters for those patrons that were stuck in the cold.

Police are asking anyone with information about this incident to call police at 902-490-5016.  Anonymous tips can be sent to Crime Stoppers by calling toll-free 1-800-222-TIPS (8477), submitting a secure web tip at www.crimestoppers.ns.ca.