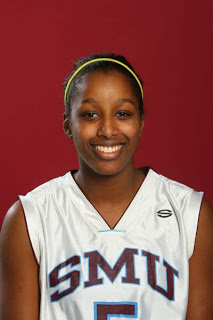 It only took 2 years for Scott Munro to drastically change the fortunes of the Saint Mary’s Huskies women’s basketball team. Over the weekend the Huskies were trying to do the unthinkable, going from last place in 2009 to AUS champions in 2010.
The defending champs had other ideas.
The powerhouse Cape Breton Capers held off a valiant Saint Mary’s team, playing their third game in three days, to capture their second straight AUS banner, their 4th in seven years.
The Capers were led by 5th year senior and AUS MVP Kelsey Hodgson, scoring 24 points and outdueling Huskies super frosh Justin Colley, to win 69-57 in front of the hometown crowd in Sydney.
Capers coach Fabian Mackenzie, honoured over the weekend with his third AUS coach of the year award, nearly had his first undefeated season in his already illustrious career. CBU’s only loss of the season came to UNB on a February Saturday night in Fredericton to a Varsity Reds team that would eventually fall short of a playoff spot.
Mackenzie took over a Capers program in shambles over 10 years ago and has turned it into one of the best in the country, slowly overtaking Memorial as the standard for the AUS conference.
Scott Munro took over a talent depleted Saint Mary’s team in 2009 and suffered some major growing pains as he tried to put his personal stamp on the program. The Huskies finished 2-18 in Munro’s first season, as the rookie coach focused on creating a winning atmosphere before hitting the recruiting trail after the disastrous campaign.
That’s when he landed the most sought after recruit in the country; a player who was garnering a lot of interest from division 1 programs in the United States.
Justin Colley.
Colley was the prize catch in a stellar recruiting class that brought immediate legitimacy to the Huskies program. Colley averaged 21 points per game on route to garnering AUS rookie of the year and a first team all conference selection.
Colley created a dynamic backcourt combined with 5th year senior Kelsey Daley, leading the Huskies to a 12-8 record, highlighted by a six game winning streak down the stretch. Saint Mary’s defeated Acadia 64-63 and Memorial 77-56 to advance to Sunday’s final.
It was the Huskies first trip to the final in 4 years. Ironically, the Huskies lost to the Capers in 2006, Daley’s first season. Daley would not get back to a championship game again until this past weekend, beginning and ending her storied career with championship game losses.
But the biggest storyline in a game that was ripe with drama was the official arrival of Colley as a force in the AUS. In a classic battle of future vs. present, Colley and Hodgson went back and forth all game long, giving us one last look at the brilliance of Hodgson, and a glimpse into the
greatness of Colley.
Although the game had to reach its inevitable conclusion, there is good news for Halifax hoops fans; Justine Colley has 4 years left.