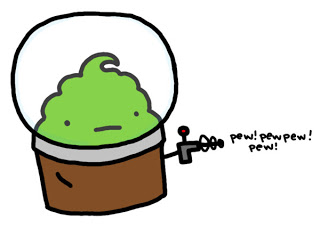 This Friday I’m getting a new oven. For the first time in almost three months I will be able to BAKE, BROIL, GRILL, um… PRE-HEAT and so forth. The thing I’m most happy about is baking. I might not be the best cook in the world, but I can throw together some semi-awesome muffins, cookies, cakes… you get the idea.

To celebrate my new freedom to bake, I’m going to try to make the following goodies in the coming week:

I’m also going to dust off my copy of Vegan Cupcakes Take Over the World and move beyond the basic vanilla and chocolate that I made a lot of earlier in the year. There’s a recipe for tiramisu cupcakes in there that sounds amazing.

In other old-womanly news, I’m pretty much done my Christmas cards, and have about 40% of gifts accounted for. I’m feeling good, so far, and will thank myself when I’m not panicked the week before Christmas.

Like every other year. I’m still working on getting the boyfriend something weird and original. In previous years I’ve given him a theremin, a 100-year old banjo, the complete series of Are You Afraid of the Dark?, a t-shirt with Dennis Hopper’s face on it, and so forth. I need to out-weird myself and am finding it difficult. If I could kidnap Ricky Gervais and Stephen Merchant, put a bow on their heads, and sneak them under the Christmas tree, that MIGHT work. 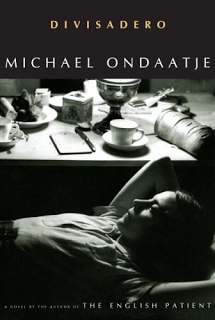 Equally elderly, my friend Katie has re-started the book club that we took part in earlier this year. We’re reading Divisadero by Michael Ondaatje, which has been really great so far (though I think my favourite work of his will remain The Collected Works of Billy the Kid: Left Handed Poems). Reminds me a lot of The Blind Assassin in terms of some of the narration and the focus of the novel being, so far, on two sisters, an illicit romance, and violence that tears a family apart.

If I can get my laptop to work (installed all necessary drivers… no dice) then I think I’ll be back in business. The business of not-being-kept-from-doing-things-I-like. Word.