L-A: This may end up becoming a semi-regular feature. I need something good to come from the Sundays where I load up Netflix and make really poor decisions. Like this weekend’s bad decision: No Stings Attached, a wacky rom com starring Ashton Kutcher and Natalie Portman. Last weekend was My Best Friend’s Girl. These are movies that leave me feeling a lot like this:

Except, unlike Howard, there is no easy cure for the acid reflux that comes from watching a movie that sucked hard. I mean, this is one of those movies where you go in expecting little – even expecting it to be bad – but you watch it anyway and discover not only is it bad, but it’s worse than you could ever imagine and you find yourself writing strongly worded letters to Ivan Reitman and Natalie Portman for wasting 1 hour, 43 minutes, and 27 seconds of your life. And I can blame Natalie Portman for this movie. 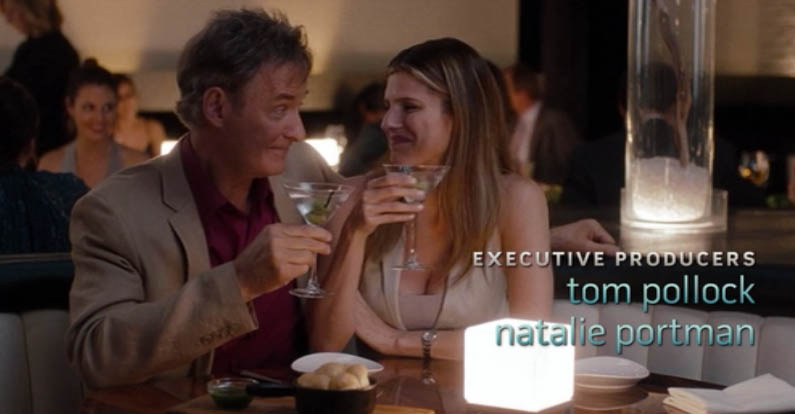 Executive Producer = Natalie Portman = she paid to be in this movie

The real trouble with this movie isn’t actually the fact that Ashton Kutcher stars or that he and Natalie Portman lack any real chemistry. 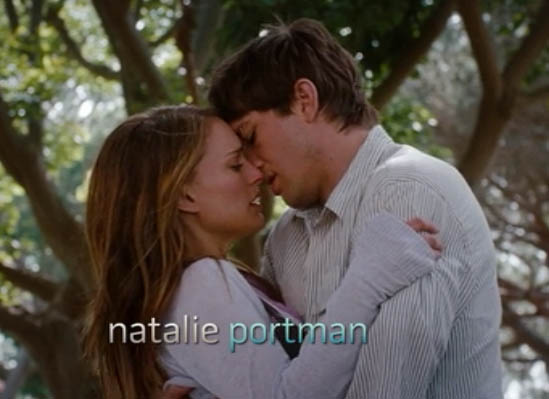 They actually look uncomfortable, as opposed to madly in love with one another.

No the real problems are this:

1. No one really gave a shit about this movie or the story. This movie is a pay cheque. Which is fair. Because even Shakespeare got to get paid, son. 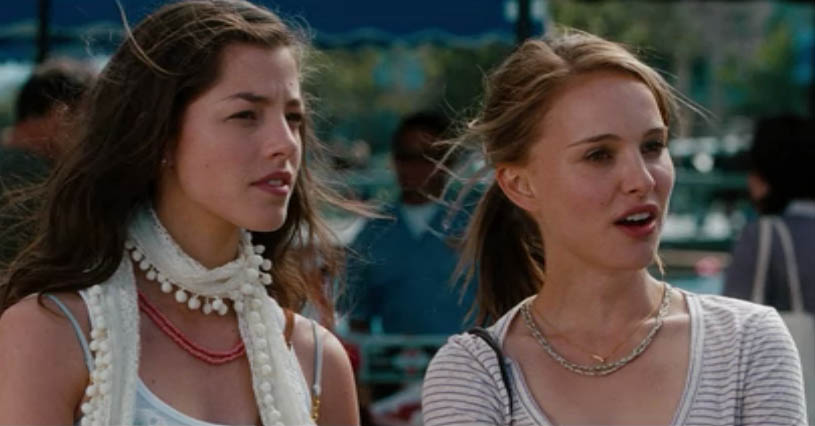 A questionable choice, but at least Olivia Thirlby pays her rent.

2. Everyone is this movie seems to think they’re in a different movie. 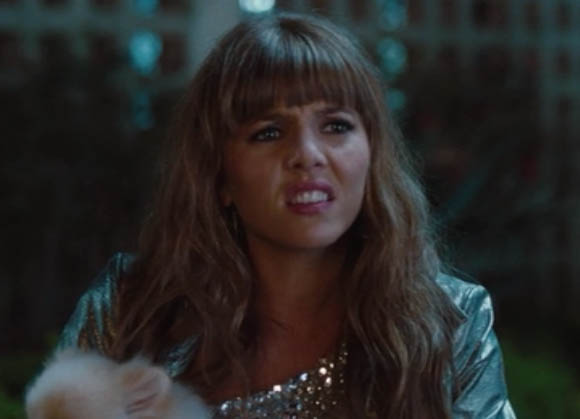 Which version of the script are we going with now?

Let’s just take a quick peek at what’s happening in this movie:

1. Natalie Portman’s character seems to be severely emotionally stunted for no reason we can figure out. Possibly something to do with her father’s death five years before the story takes place, but I’m not actually sure.

2. Ashton Kutcher’s character seems to be in love with woman who has never been anything more than a stone cold bitch to him.

3. The characters seem to have some kind of 15 year history that they only sometimes reference.

4. Ashton Kutcher and Kevin Kline seem to be in a movie about a fucked up father/son relationship that involves the father being an asshole former celebrity who messes up relationships through serious drug use and is now dating his son’s ex-girlfriend. And we’re supposed to believe that the father and son have a relationship to begin with.

Freckles the Pomeranian was trying harder to act in this scene.

5. Both of the characters have minor storylines about their jobs that have no real impact on the actual plot. 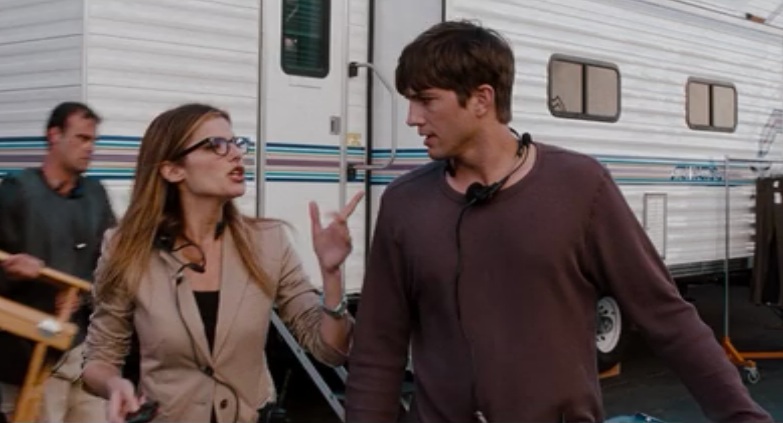 His character really wants to write. The audience fails to care.

6. Both characters have co-workers who want to date them.

When you wrap those things up with a few other bad ideas and a five minute wacky sex scene montage (why write dialogue when you can just shoot them having sex in different locations and set it to music?), you get a movie that should have been called, “Bad Decisions by Hollywood”.

Other annoying thing about this movie? Among the witty sidekicks (each main character has a minimum of two sidekicks. The dudes play basketball together, the ladies have their periods together) is the completely wasted Mindy Kaling. 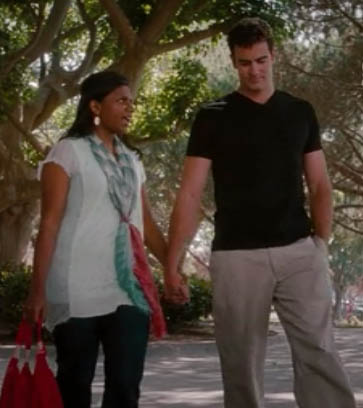 Also annoying? That as executive producer, Natalie Portman allowed a lot of bad costume decisions to be made for her. Take a looksee: 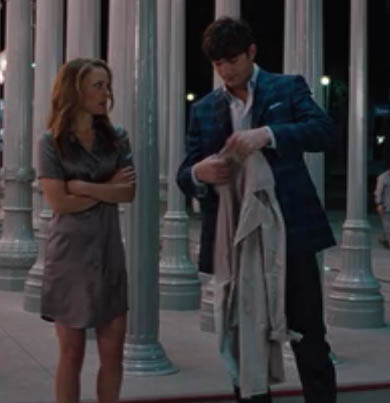 Ashton's jacket is nicer than Natalie's bland sack of a silk shirt dress. 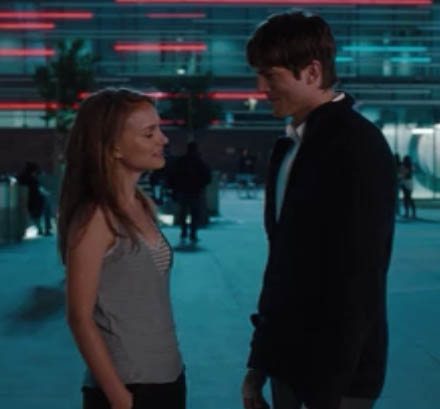 Apparently colour isn't allowed in any of the costume choices.

Seriously, who okayed this dress? And why couldn't they find a tailor?

If I were to rate this mess of a movie, I’d give it this:

A despondent looking André Leon Talley. (forget thumbs up/thumbs down. His sad face says it all).

Anyway, I still can’t believe I watched the whole thing, but it’s my own fault for clicking play.

I do it to myself, I do, and that’s what really hurts.

Ally: I have no desire to see this movie. At all. However, I am going to see a movie this week with my friend S, who loves really bad rom-coms (read: Valentine’s Day). I have a bad feeling we’re going to end up seeing What’s your Number? It’s like I’m watching my future in slow motion, I can stop it, but I won’t. I will likely sit through that movie. Details to follow later on in the week.

All this to say that I’m sorry L-A had to deal with Natalie Portman (who has been leaning dangerously close to the Celebrities I Irrationally Hate territory). For the record, I rationally hate Ashton Kutcher (again, Valentine’s Day). Back to Natalie, the only thing I’m liking about her these days is her involvement in this amazing   K-OS song (Seriously? If this video doesn’t embed I will punch myself in the face).

Also rotating on the iShuffle (yes, I still use an iShuffle – note to El Jeffe, Christmas is quickly approaching)?

I don’t suggest you listen to the “explicit” version. I downloaded it by mistake and it made me gravely uncomfortable when passing people while going for my evening walk.

Enjoy! And have a great week!

Update: My effing videos aren’t posting. So, before I punch myself in the face I’ll just hyperlink so that you can enjoy the amazeballs of epic music.

I can’t believe I watched the whole thing: No Strings Attached
https://haligonia.ca/i-cant-believe-i-watched-the-whole-thing-no-strings-attached-44420/